These vigorous northern ‘barbarians’ were the destroyers of the Western Empire of Rome. It was they who delivered the coup de grâce to the dying colossus in the south, subsequently creating medieval Europe, the feudal system and chivalry. Their direct descendants were the knights and men-at-arms. In every sense, they were the creators of the modern world; it is ironic that many people know virtually nothing about them. This book explores the history, weapons and dress of the Germanics and Dacians who fought Rome two thousand years before our time.

In 390 BC a Gallic army marched on Rome. A confident Roman army of about 15,000 men sent to bar the way was destroyed. Three days after the battle the Gauls entered Rome, much of which they burnt, and demanded a huge bounty of gold to leave the city. During the weighing procedure, Brennus, the Gallic leader, is said to have thrown his sword on to the scales with the words ‘Vae victis’ – ‘Woe to the defeated’. A sentiment the Gauls were soon to experience first hand. This fascinating work by Peter Wilcox explores the history, dress and equipment of Rome’s Celtic enemies.

The Parthians were a warrior people. Though possessing no regular army they were superb horsemen and archers, and in time of war the nobility provided heavily armoured knights mounted on weight-carrying chargers. At Carrhae, it is believed that 20,000 Roman troops out of a force of about 36,000 died at the hands of the Parthians. In the third of four volumes covering Rome’s enemies, this fascinating text by Peter Wilcox examines the armies and campaigns of the Parthians and Sassanid Persians. This worthy addition to Osprey’s Men-at-Arms series contains a wealth of illustrations, including eight full page colour plates by popular artist Angus McBride.

The Republican Roman army suffered heavy losses as a result of the ‘hit and run’ tactics employed by the Hispanics in Ancient Spain. After preparatory chanting, the Celt-Iberians would attack en masse and in apparent disorder. At a pre-arranged signal the warriors would retreat as if defeated. This sequence might be repeated over several days, until finally the Romans lost their discipline and broke formation in pursuit. At this point the Hispanics would quickly mount a counter-attack that would decimate the legions. This volume explores the organisation, tactics, history, arms and armour of Rome’s Spanish enemies.

Rome’s desert frontier was one where the Empire faced few dangers, for here relations were generally based on a mutual interest in trade across the frontier. Yet when Rome did clash with desert peoples, particularly those of Syria and Arabia, the mobility, fighting skills and ability to withdraw into an arid wilderness often gave the Arabs, Berbers and Sudanese an extra edge. This fascinating volume by David Nicolle explores the history and armies of Rome’s enemies of the desert frontier. The author’s fine text is accompanied by a wealth of illustrations and photographs, including eight stunning full page colour plates by Angus McBride. 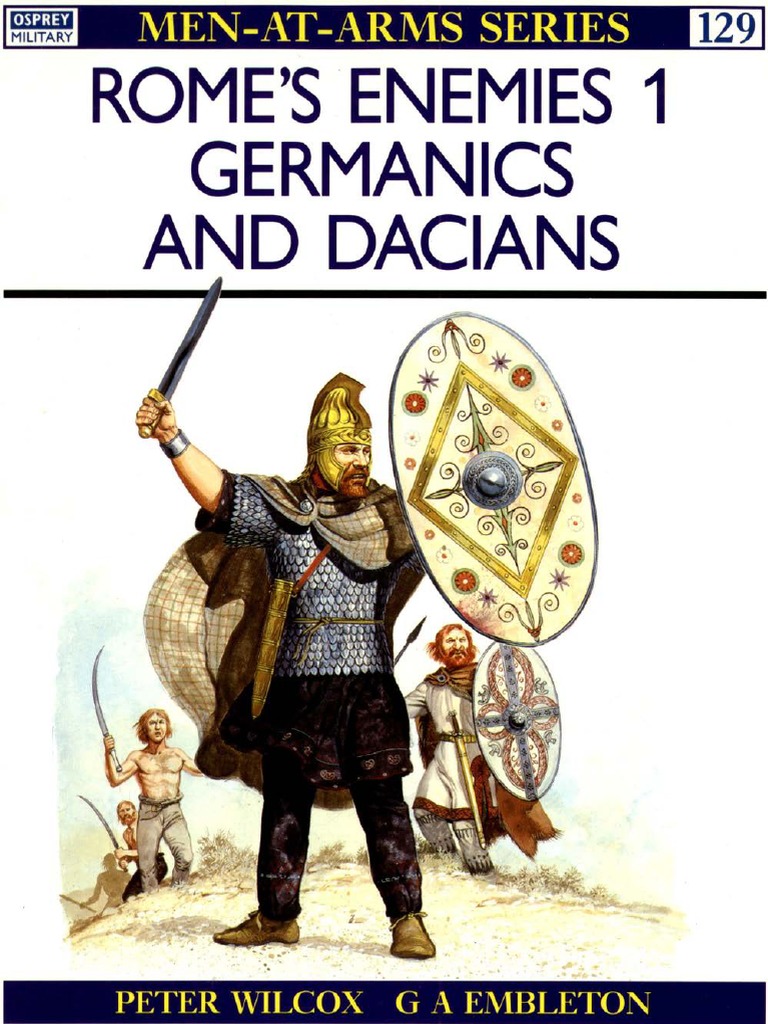 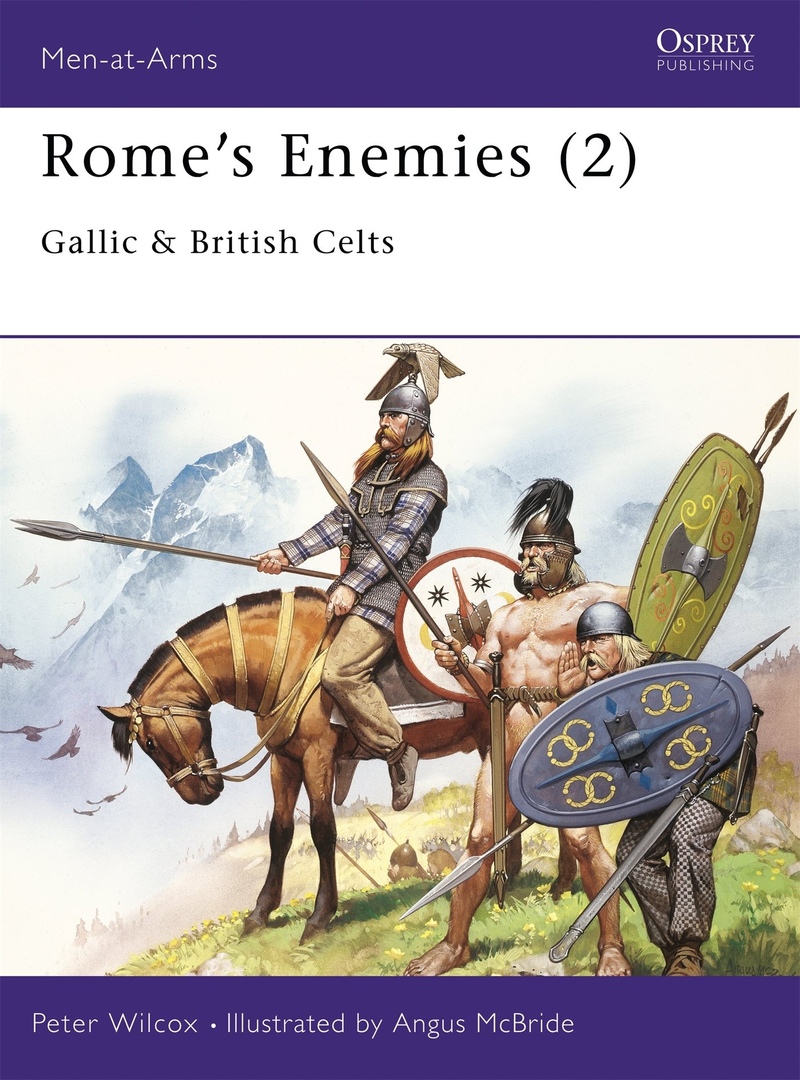 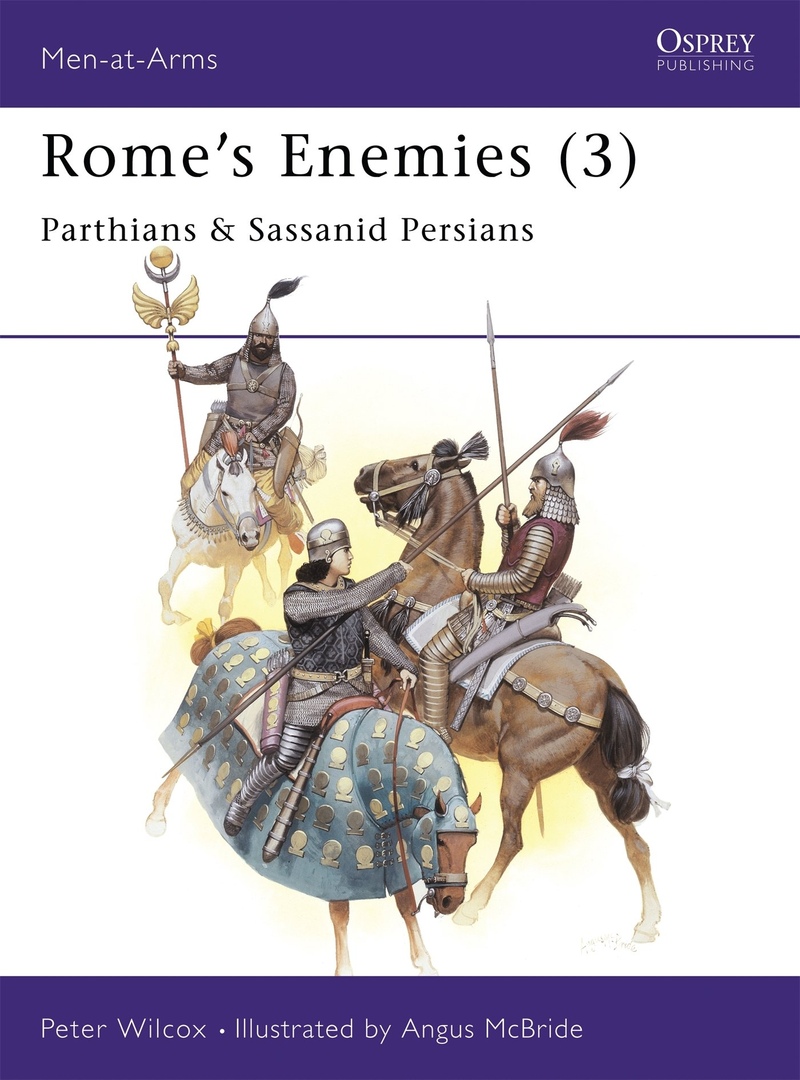 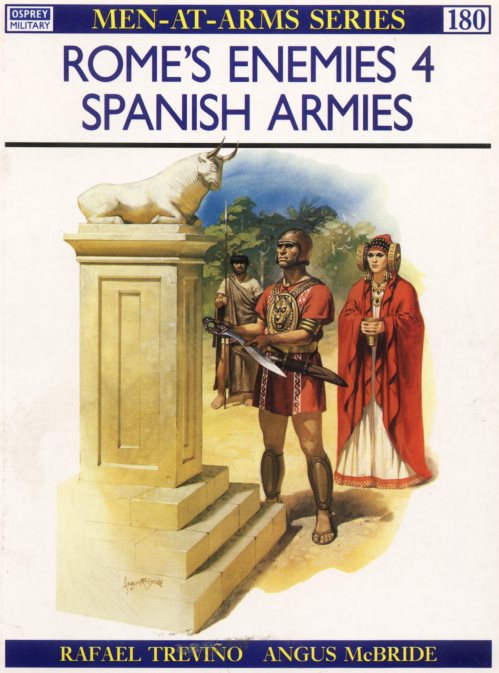 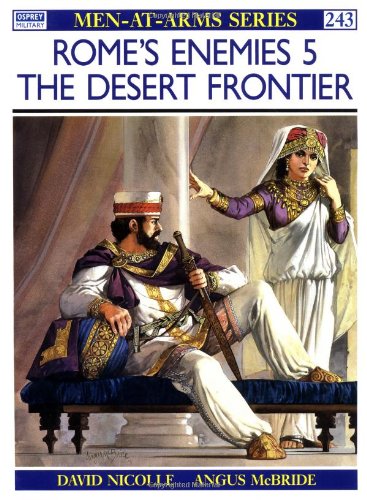