1) Revolution and the People in Russia and China: A Comparative History – S. A. Smith
Cambridge University Press | 2008 | PDF

A unique comparative account of the roots of Communist revolution in Russia and China. Steve Smith examines the changing social identities of peasants who settled in St Petersburg from the 1880s to 1917 and in Shanghai from the 1900s to the 1940s. Russia and China, though very different societies, were both dynastic empires with backward agrarian economies that suddenly experienced the impact of capitalist modernity. This book argues that far more happened to these migrants than simply being transformed from peasants into workers. It explores the migrants’ identification with their native homes; how they acquired new understandings of themselves as individuals and new gender and national identities. It asks how these identity transformations fed into the wider political, social and cultural processes that culminated in the revolutionary crises in Russia and China, and how the Communist regimes that emerged viewed these transformations in the working classes they claimed to represent.

Red at Heart conjures a tale of cross-cultural romance from a topic that is normally seen in geopolitical or ideological terms — and thereby offers a new interpretation of twentieth century communism’s most crucial alliance.

This is the multigenerational history of people who experienced Sino-Soviet affairs most intimately: prominent Chinese revolutionaries who traveled to Russia in their youths to study, often falling in love and having children there. Their deeply personal memoirs, interviews with their children, and a vivid collection of documents from the Russian archives allow Elizabeth McGuire to reconstruct the sexually-charged, physically difficult, and politically dangerous lives of Chinese communists in the Soviet Union. The choices they made shaped not only the lives of their children, but also the postwar alliance between the People’s Republic of China and Soviet Russia.

Red at Heart brings to life a cast of transnational characters — including a son of Chiang Kai-shek and a wife of Mao Zedong — who connected the two great communist revolutions in human terms. Weaving personal stories and cultural interactions into political history, McGuire movingly shows that the Sino-Soviet relationship was not a brotherhood or a friendship, but rather played out in phases like many lifelong love affairs – from first love, early betrayal, and love children; through eventual marriage with its conveniences and annoyances, guarded optimism, and official heirs; to divorce, reconciliation, and a nostalgia that lingers even today.

A century after 1917, this book offers a novel story about Chinese communism, the Russian Revolution’s most geopolitically significant legacy. 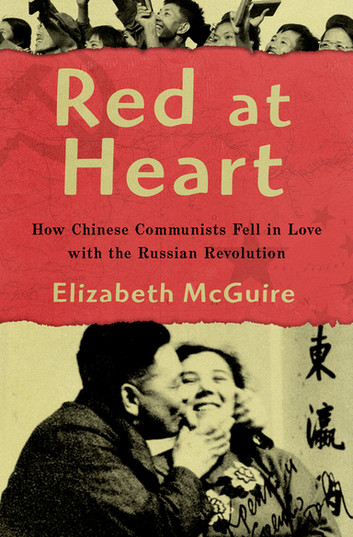 Red at Heart. How Chinese Communists Fell in Love with the Russian Revolution.pdf
3.95 MB

Red at Heart. How Chinese Communists Fell in Love with the Russian Revolution.pdf
3.95 MB
Please Share This
Related Posts
Many magazines
on the
→ MAGAZINELIB.COM
Book for today - 2019-2022