Prohibition. Al Capone. The President Harding scandals. The revolution of manners and morals. Black Tuesday. These are only an inkling of the events and figures characterizing the wild, tumultuous era that was the Roaring Twenties. Originally published in 1931, Only Yesterday traces the rise if post-World War I prosperity up to the Wall Street crash of 1929 against the colorful backdrop of flappers, speakeasies, the first radio, and the scandalous rise of skirt hemlines. Hailed as an instant classic, this is Frederick Lewis Allen’s vivid and definitive account of one of the twentieth century’s most fascinating decades, chronicling a time of both joy and terror–when dizzying highs were quickly succeeded by heartbreaking lows.

Opening on September 3, 1929, in the days before the stock market crash, this information-packed volume takes us through one of America’s darkest times all the way to the light at the end of the tunnel.

Following Black Tuesday, America plunged into the Great Depression. Panic and fear gripped the nation. Banks were closing everywhere. In some cities, 84 percent of the population was unemployed and starving. When Franklin D. Roosevelt took office in 1933, public confidence in the nation slowly began to grow, and by 1936, the industrial average, which had plummeted in 1929 from 125 to fifty-eight, had risen again to almost one hundred. But America still had a long road ahead. Popular historian Frederick Lewis Allen brings to life these ten critical years. With wit and empathy, he draws a devastating economic picture of small businesses swallowed up by large corporations—a ruthless bottom line not so different from what we see today. Allen also chronicles the decade’s lighter side: the fashions, morals, sports, and candid cameras that were revolutionizing Americans’ lives.

From the Lindbergh kidnapping to the New Deal, from the devastating dust storms that raged through our farmlands to the rise of Benny Goodman, the public adoration of Shirley Temple, and our mass escape to the movies, this book is a hopeful and powerful reminder of why history matters. 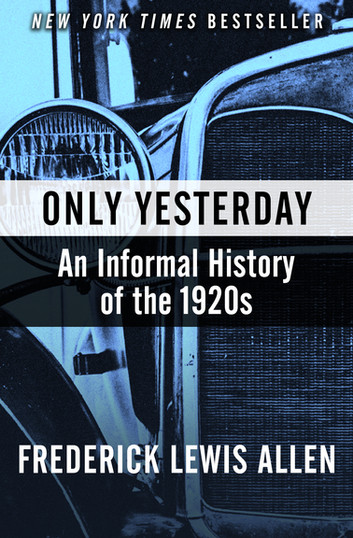 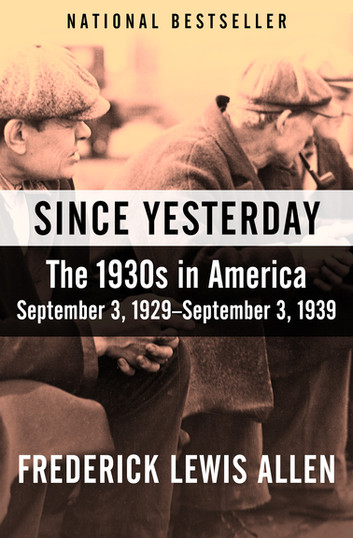 Since Yesterday. The 1930s in America - Frederick Lewis Allen.epub
1.36 MB

Since Yesterday. The 1930s in America - Frederick Lewis Allen.epub
1.36 MB
Please Share This
Related Posts
Many magazines
on the
→ MAGAZINELIB.COM
Book for today - 2019