1) Daily Lives of Civilians in Wartime Asia: From the Taiping Rebellion to the Vietnam War – Stewart Lone
Greenwood | 2007 | PDF

In this detailed account of civilian lives during wartime in Asia, high school students, undergrads, and general readers alike can get a glimpse into the often dismal, but surprisingly resilient, lives led by ordinary people-those who did not go off to war but were powerfully affected by it nonetheless. How did people live on a day-to-day basis with the cruelty and horror of war right outside their doorsteps? What were the reactions and views of those who did not fight on the fields? How did people come together to cope with the losses of loved ones and the sacrifices they had to make on a daily basis? This volume contains accounts from the resilient civilians who lived in Asia during the Taiping and Nian Rebellions, the Philippine Revolution, the Wars of Meiji Japan, World War II, the Korean War, and the Vietnam War.

This volume begins with R.G. Tiedemann’s account of life in China in the mid-nineteenth century, during the Taiping and Nian Rebellions. Tiedemann examines social practices imposed on the civilians by the Taiping, life in the cities and country, women, and the militarization of society. Bernardita Reyes Churchill examines how civilians in the Philippines struggled for freedom under the imperial reign Spain and the United States at the turn of the twentieth century. Stewart Lone looks at how Meiji Japan’s wars on the Asian continent affected the lives and routines of men, women, and children, urban and rural. He also explains how the media played a role during the wars, as well as how people were able to spend leisure time and even make wartime humor. Di Wang uses the public space of the teahouse and its culture as a microcosm of daily life in China during tumultuous years of civil and world war, 1937-1949. Simon Partner explores Japanese daily life during World War II, investigating youth culture, the ways people came together, and how the government took control of their lives by rationing food, clothing, and other resources. Shigeru Sato continues by examining the harshness of life in Indonesia during World War II and its aftermath. Korean life from 1950-1953 is looked at by Andrei Lankov, who takes a look at the heart-rending lives of refugees. Finally, Lone surveys life in South Vietnam from 1965-1975, from school children to youth protests to how propaganda affected civilians. This volume offers students and general readers a glimpse into the lives of those often forgotten.

In most accounts of warfare, civilians suffer cruelties and make sacrifices silently and anonymously. This volume details the dismal impact war has had on the African people over the past five hundred years, from slavery days, the Zulu War, World Wars I and II, to the horrific civil wars following decolonization and the genocide in Rwanda.

In most accounts of warfare, civilians suffer cruelties and make sacrifices silently and anonymously. Finally, historians turn their attention to those who are usually caught up in events beyond their control or understanding. This volume details the dismal impact war has had on the African people over the past five hundred years, from slavery days, the Zulu War, World Wars I and II, to the horrific civil wars following decolonization and the genocide in Rwanda. Chapters provide a representative range of civilian experiences during wartime in Africa extending from the late eighteenth century to the present, representing every region of Africa except North Africa. Timelines, glossaries, suggested further readings and maps are included, and the work is fully indexed.

The book begins with Paul E. Lovejoy’s study of the ubiquitous experience of African slavery which has so profoundly affected the development of the continent and the lives of its people. John Laband then examines the rise of the Zulu kingdom in the early nineteenth century and its subsequent conquest by Britain, thus charting the fate of civilians during the formation of an African kingdom and their experiences during colonial conquest. The Anglo-Boer War is situated at a crucial crossroads between colonial and modern warfare, and the concentration camps the British set up for Boer and African civilians pioneered a new form of modern savagery. Bill Nasson examines this war’s complex effects on various categories of non-combatants in South Africa. Because it was under colonial rule, Africa was dragged into the two World Wars. Tim Stapleton shows in the fourth chapter that while the African civilian response to the war of 1914-1918 was often contradictory and ranged from collaboration to revolt, the effect of the conflict was only to confirm colonial rule. In the following chapter, David Killingray explains how and why the impact of the Second World War on African civilians was rather different from that of the First in that it undid colonial rule, and paved the way for the future independence of Africa under modernized African leadership. The Portuguese held on to their African empire long after the other colonial empires had relinquished theirs in the 1960s. Angola, the subject of Chapter six, passed seamlessly out of an independence struggle against Portuguese rule into civil war that soon involved Cold War rivalries and interventions. Inge Brinkman describes the dismal sufferings and displacement of Angolan civilians during four decades of interminable fighting. Liberia and Sierra Leone declined from relative stability and prosperity into horrific civil war, and in Chapter seven Lansana Gberie traces the deadly consequences for civilians and the efforts to stabilize society once peace was tentatively restored. The Sudan has suffered decades of ethnic and religious strife between the government and the people of the southern and western periphery, and in Chapter eight Jane Kani Edward and Amir Idris analyze what this has meant, and still means, for the myriad civilian victims. Chapter nine concludes the book with the most horrific single episode of recent African history: the Rwandan genocide. Alhaji Bah explains its genesis and canvasses the subsequent search for reconciliation. The chapter ends with his discussion of African mechanisms that should – and even might – be put in place to ensure effective peacekeeping in Africa, and so save civilians in future from the swarm of war’s horrors. 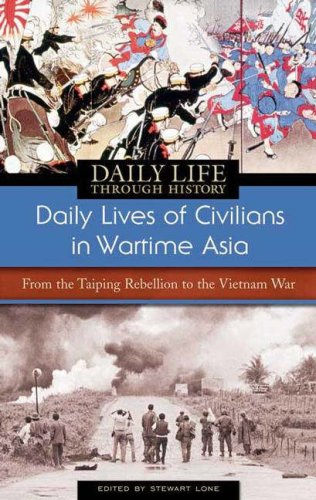 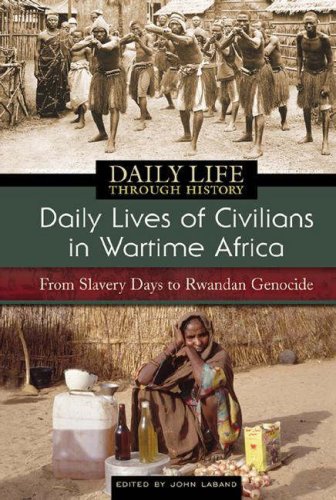 Daily Lives of Civilians in Wartime Africa.pdf
5.57 MB
Please Share This
Related Posts
Many magazines
on the
→ MAGAZINELIB.COM
Book for today - 2019