The Safavid dynasty, which reigned from the late fifteenth to the eighteenth century, links medieval with modern Iran. The Safavids witnessed wide-ranging developments in politics, warfare, science, philosophy, religion, art and architecture. But how did this dynasty manage to produce the longest lasting and most glorious of Iran’s Islamic-period eras?

Andrew Newman offers a complete re-evaluation of the Safavid place in history as they presided over these extraordinary developments and the wondrous flowering of Iranian culture. In the process, he dissects the Safavid story, from before the 1501 capture of Tabriz by Shah Ismail (1488-1524), the point at which Shi`ism became the realm’s established faith; on to the sixteenth and early seventeenth century dominated by Shah Abbas (1587-1629), whose patronage of art and architecture from his capital of Isfahan embodied the Safavid spirit; and culminating with the reign of Sultan Husayn (reg. 1694-1722).

Based on meticulous scholarship, Newman offers a valuable new interpretation of the rise of the Safavids and their eventual demise in the eighteenth century. Safavid Iran, with its fresh insights and new research, is the definitive single volume work on the subject. 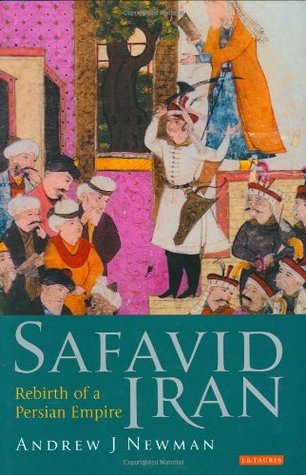