Small Wars and their Influence on Nation States: 1500 to the Present – William Urban
Frontline Books | 2016 | EPUB

After 1500, European warfare was repeatedly revolutionized by new weapons, new methods for supplying armies in the field, improved fortifications and new tactics for taking fortifications. This allowed empires to grow, with, for example, the Ottomans expanding into the Middle East and Africa, Britain dominating India, and Russia conquering the steppe.

The dynamics of resistance to this expansion were remarkably similar to what we see today in ISIS, Afghan and Pakistani Talibans, and various jihadist groups that are more tribal than Islamist. The driving force behind these organizations may be tribal resentment of the modern world undermining long-established traditions and beliefs. Religion – or their interpretation of Islam – is merely a glue that holds the rebels together.

Such resistance continues to be met by world powers who misunderstand the motives of the people that take up arms against them, and we should understand that ours is not the first generation to deal with this problem, and ours will probably not be the last. However, there are some methods that work better than others. The failures and successes of the past can help us now and in the future. 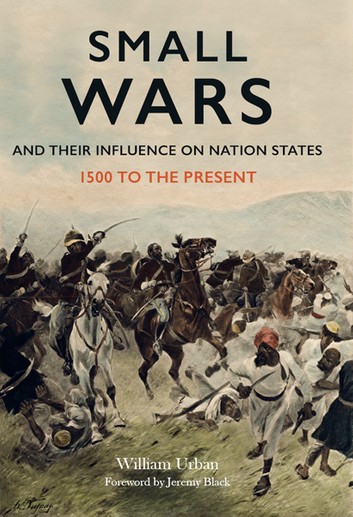 Small Wars and their Influence on Nation States. 1500 to the Present - William L. Urban.epub
1.10 MB
Please Share This
Related Posts
Many magazines
on the
→ MAGAZINELIB.COM
Book for today - 2019