The automobile and Soviet communism made an odd couple. The quintessential symbol of American economic might and consumerism never achieved iconic status as an engine of Communist progress, in part because it posed an awkward challenge to some basic assumptions of Soviet ideology and practice. In this rich and often witty book, Lewis H. Siegelbaum recounts the life of the Soviet automobile and in the process gives us a fresh perspective on the history and fate of the USSR itself.

Based on sources ranging from official state archives to cartoons, car-enthusiast magazines, and popular films, Cars for Comrades takes us from the construction of the huge “Soviet Detroits,” emblems of the utopian phase of Soviet planning, to present-day Togliatti, where the fate of Russia’s last auto plant hangs in the balance. The large role played by American businessmen and engineers in the checkered history of Soviet automobile manufacture is one of the book’s surprises, and the author points up the ironic parallels between the Soviet story and the decline of the American Detroit. In the interwar years, automobile clubs, car magazines, and the popularity of rally races were signs of a nascent Soviet car culture, its growth slowed by the policies of the Stalinist state and by Russia’s intractable “roadlessness.” In the postwar years cars appeared with greater frequency in songs, movies, novels, and in propaganda that promised to do better than car-crazy America.

Ultimately, Siegelbaum shows, the automobile epitomized and exacerbated the contradictions between what Soviet communism encouraged and what it provided. To need a car was a mark of support for industrial goals; to want a car for its own sake was something else entirely. Because Soviet cars were both hard to get and chronically unreliable, and such items as gasoline and spare parts so scarce, owning and maintaining them enmeshed citizens in networks of private, semi-illegal, and ideologically heterodox practices that the state was helpless to combat. Deeply researched and engagingly told, this masterful and entertaining biography of the Soviet automobile provides a new perspective on one of the twentieth century’s most iconic—and important—technologies and a novel approach to understanding the history of the Soviet Union itself.

Across the Soviet Bloc, from the 1960s until the collapse of communism, the automobile exemplified the tension between the ideological imperatives of political authorities and the aspirations of ordinary citizens. For the latter, the automobile was the ticket to personal freedom and a piece of the imagined consumer paradise of the West. For the authorities, the personal car was a private, mobile space that challenged the most basic assumptions of the collectivity. The “socialist car”—and the car culture that built up around it—was the result of an always unstable compromise between official ideology, available resources, and the desires of an increasingly restless citizenry. In The Socialist Car, eleven scholars from Europe and North America explore in vivid detail the interface between the motorcar and the state socialist countries of Eastern Europe, including the USSR.

In addition to the metal, glass, upholstery, and plastic from which the Ladas, Dacias, Trabants, and other still extant but aging models were fabricated, the socialist car embodied East Europeans’ longings and compromises, hopes and disappointments. The socialist car represented both aspirations of overcoming the technological gap between the capitalist first and socialist second worlds and dreams of enhancing personal mobility and status. Certain features of automobility—shortages and privileges, waiting lists and lack of readily available credit, the inadequacy of streets and highways—prevailed across the Soviet Bloc. In this collective history, the authors put aside both ridicule and nostalgia in the interest of trying to understand the socialist car in its own context. 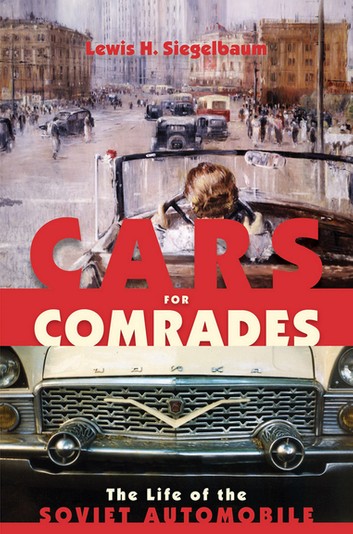 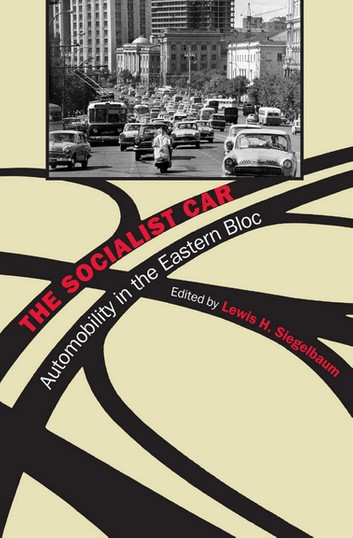 Cars for Comrades. The Life of the Soviet Automobile.djvu
14.10 MB