The shtetl was home to two-thirds of East Europe’s Jews in the eighteenth and nineteenth centuries, yet it has long been one of the most neglected and misunderstood chapters of the Jewish experience. This book provides the first grassroots social, economic, and cultural history of the shtetl. Challenging popular misconceptions of the shtetl as an isolated, ramshackle Jewish village stricken by poverty and pogroms, Yohanan Petrovsky-Shtern argues that, in its heyday from the 1790s to the 1840s, the shtetl was a thriving Jewish community as vibrant as any in Europe.

Petrovsky-Shtern brings this golden age to life, looking at dozens of shtetls and drawing on a wealth of never-before-used archival material. Illustrated throughout with rare archival photographs and artwork, this nuanced history casts the shtetl in an altogether new light, revealing how its golden age continues to shape the collective memory of the Jewish people today.

“The shtetl, home of most East European Jews for several centuries, has been the subject of endless romantic re-creations in the American Jewish corpus. Finally a serious historian of Russian Jewry gives us a well-documented but still lively and fascinating picture of this lost world. A must-read for anyone seeking to understand the immediate Jewish past.” — Art Green, Brandeis University and Hebrew College 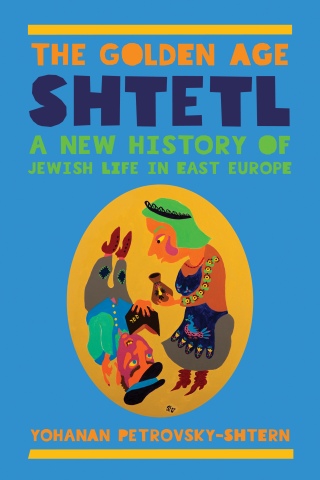 The Golden Age of Shtetl. A New History of Jewish Life in East Europe.pdf
13.07 MB
Please Share This
Related Posts
Many magazines
on the
→ MAGAZINELIB.COM
Book for today - 2019