Drawing on the latest research, Icons of the Middle Ages: Rulers, Writers, Rebels, and Saints, examines the lives of some of the most remarkable personalities of the Medieval Era—powerful, ruthless, compassionate, brilliant people who remain widely influential today.

Each portrait in this extraordinary gallery sets its subject in the context of their world, revealing what we really know about their lives, their iconic status in their own times, and their lasting legacies in our time. Readers will encounter fascinating individuals devoted to the pursuit of power (Richard III), to freedom (Robert the Bruce), to philosophy and religion (Maimonides; Thomas More), and to the arts (Dante; Hildegard of Bingen). Additional chapters explore life in the medieval castle and the advent of siege warfare—two defining developments in the Middle Ages.

Part of ABC-CLIO’s Greenwood Icons series, this two-volume set approaches medieval history from a pop-culture angle, focusing on “larger than life medieval men and women” who left a lasting legacy on the modern world. The 20 essays, organized alphabetically, provide basic biographical information, explain the importance of the figures in the context of their era, and discuss their influences on and appearances in high and popular culture. The icons range from political (Charlemagne, Richard III) to literary (Dante and Chaucer) to mythical and legendary (King Arthur and Merlin, Robin Hood) to religious (Maimonides, Francis of Assisi); the final and longest essays break from the established definition of icons as individuals to describe “The Castle” and “The Siege” as defining developments of the era. The introduction acknowledges the fluid definition of “the Middle Ages” (these icons lived between the fifth century and the sixteenth) and the limited selection of icons chosen. Although the majority, not surprisingly, are Western European men, several women and non-Western figures are also included. Among the essays, each authored by a different subject expert, the format and content vary widely. The essays range in length from 10 pages to almost 50, some followed by appendixes. Several of the early essays contain so many sidebars as to make the main text difficult to follow, while others have no supplementary material. Some essays include extensive footnotes and references, while a few only contain in-text citations. Overall, the essays are well written and accessible, providing a solid overview of each icon’s life and legacy, both historical and modern. Students will find them to be a useful starting point for research in this area. Recommended for academic and large high-school and public libraries. — Lindsay Harmon 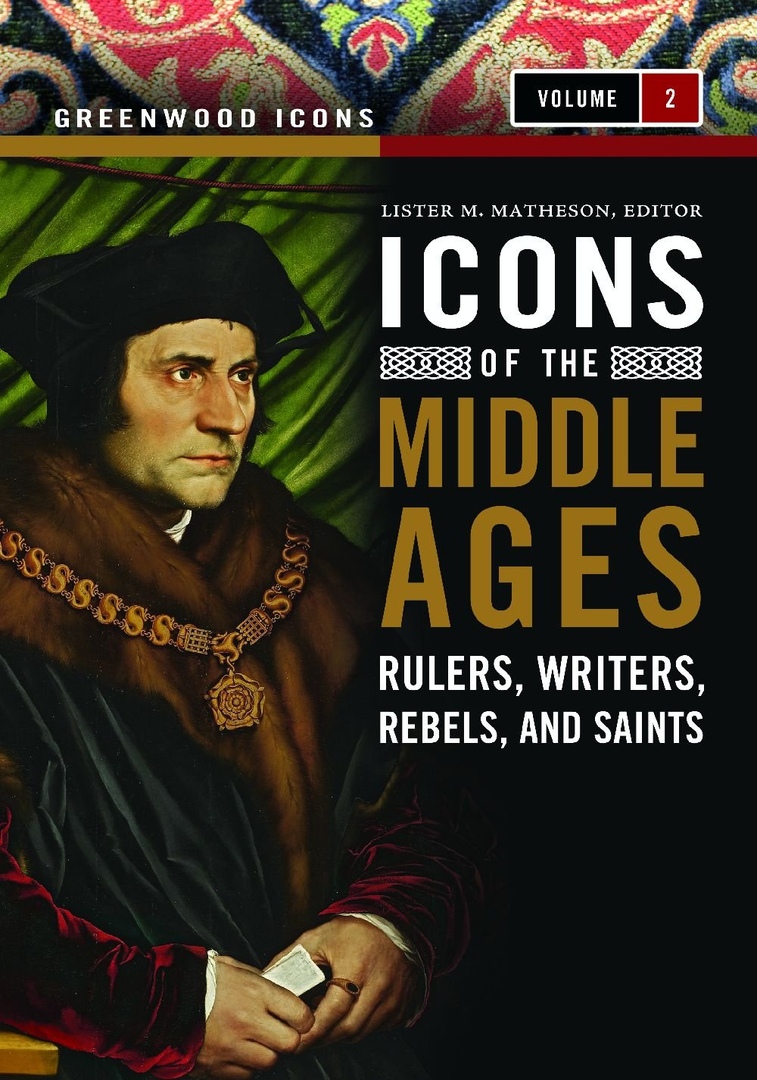