This book argues that the Indo-Europeanizing of Europe essentially began shortly before 1600 BC, when lands rich in natural resources were taken over by military forces from the Eurasian steppe and from southern Caucasia. First were the copper and silver mines (along with good harbors) in Greece, and the copper and gold mines of the Carpathian basin. By ca. 1500 BC other military men had taken over the amber coasts of Scandinavia and the metalworking district of the southern Alps. These military takeovers offer the most likely explanations for the origins of the Greek, Keltic, Germanic and Italic subgroups of the Indo-European language family.

Another current opinion is that the Indo-Europeanizing of Europe happened long before 1600 BC. The “Kurgan theory” of Marija Gimbutas and David Anthony dates it from late in the fifth to early in the third millennium BC and explains it as the result of horse-riding conquerors or raiders coming to Europe from the steppe. Colin Renfrew’s Archaeology and Language dates the Indo-Europeanizing of Europe to the seventh and sixth millennia BC, and explains it as a consequence of the spread of agriculture in a “wave of advance” from Anatolia through Europe. Pairing linguistic with archaeological evidence Drews concludes that in Greece and Italy, at least, no Indo-European language could have arrived before the second millennium BC. 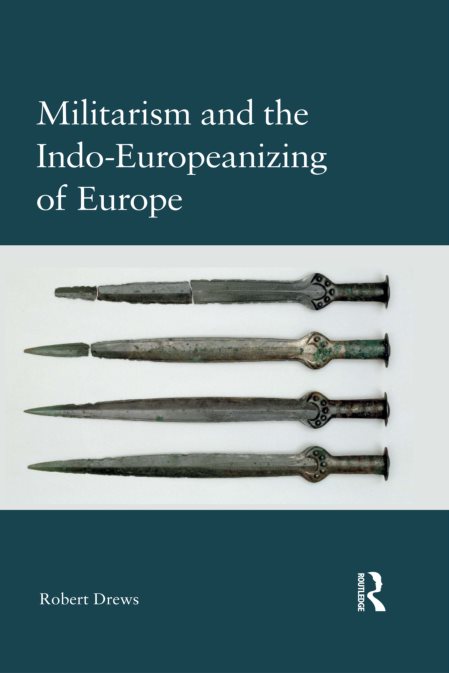