In this biography of the German emperor Conrad II (990–1039), internationally renowned medievalist Herwig Wolfram paints a fascinating portrait of a consummate politician set against the background of a Europe entering a new millennium. Conrad was the founder of the Salian Dynasty, under whose almost century-long dominion Germany became the most powerful state in Western Europe. He was also the first emperor of the high Middle Ages to rule the three kingdoms of Germany, Italy, and Burgundy.

Conrad’s reign marked the triumph of the concept of “kingdom” and the zenith of what has been termed “imperial grandeur.” He broadened the internal bases of imperial power and brought the full weight of his office to bear upon popes, clerics, and abbots in the pursuit of his ecclesiastical policies. His astounding ability to achieve his political goals was practically unparalleled among the emperors of the High Middle Ages.

Wolfram sees Conrad as a politician in almost the modern sense of the word, capable of exploiting the political, social, and economic structures of his day in order to exert his authority and marginalize his opponents. The result is an intimate portrait filled with fresh insights about Conrad and his consort, Gisela, who—as Wolfram demonstrates—played an influential advisory role with her husband. First published in 2000, this work demonstrates Wolfram’s masterly command of the sources and the storyteller’s craft, making Conrad II a compelling history of an emperor and his magnificent epoch. 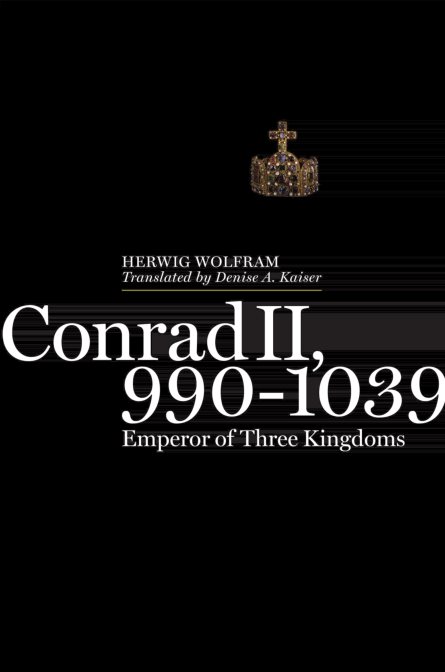