Burnt by the Sun: The Koreans of the Russian Far East – Jon K. Chang
University of Hawaii Press | 2016 | PDF

Burnt by the Sun examines the history of the first Korean diaspora in a Western society during the highly tense geopolitical atmosphere of the Soviet Union in the late 1930s. Author Jon K. Chang demonstrates that the Koreans of the Russian Far East were continually viewed as a problematic and maligned nationality (ethnic community) during the Tsarist and Soviet periods. He argues that Tsarist influences and the various forms of Russian nationalism(s) and worldviews blinded the Stalinist regime from seeing the Koreans as loyal Soviet citizens. Instead, these influences portrayed them as a colonizing element (labor force) with unknown and unknowable political loyalties.

One of the major findings of Chang’s research was the depth that the Soviet state was able to influence, penetrate, and control the Koreans through not only state propaganda and media, but also their selection and placement of Soviet Korean leaders, informants, and secret police within the populace. From his interviews with relatives of former Korean OGPU/NKVD (the predecessor to the KGB) officers, he learned of Korean NKVD who helped deport their own community. Given these facts, one would think the Koreans should have been considered a loyal Soviet people. But this was not the case, mainly due to how the Russian empire and, later, the Soviet state linked political loyalty with race or ethnic community.

During his six years of fieldwork in Central Asia and Russia, Chang interviewed approximately sixty elderly Koreans who lived in the Russian Far East prior to their deportation in 1937. This oral history along with digital technology allowed him to piece together Soviet Korean life as well as their experiences working with and living beside Siberian natives, Chinese, Russians, and the Central Asian peoples. Chang also discovered that some two thousand Soviet Koreans remained on North Sakhalin island after the Korean deportation was carried out, working on Japanese-Soviet joint ventures extracting coal, gas, petroleum, timber, and other resources. This showed that Soviet socialism was not ideologically pure and was certainly swayed by Japanese capitalism and the monetary benefits of projects that paid the Stalinist regime hard currency for its resources. 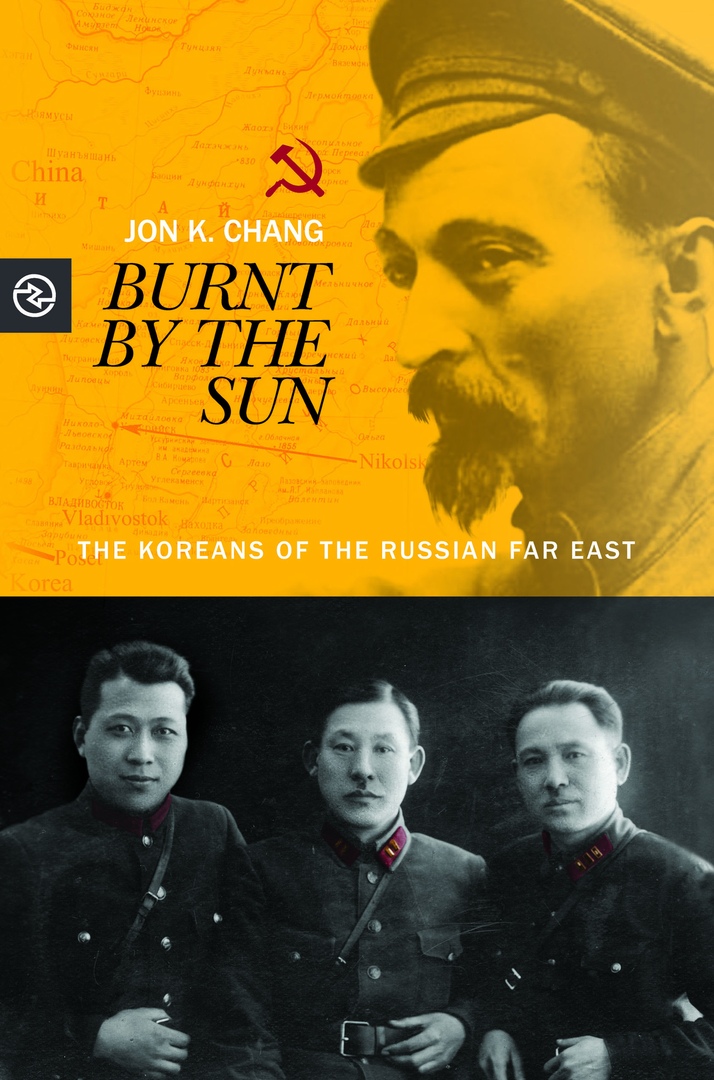 Burnt by the Sun. The Koreans of the Russian Far East - Jon K. Chang.pdf
16.92 MB
Please Share This
Related Posts
Book for today - 2019