The American Mission and the ‘Evil Empire’: The Crusade for a ‘Free Russia’ since 1881 – David S. Foglesong
Cambridge University Press | 2007 | PDF

David Foglesong tells the fascinating story of American efforts to liberate and remake Russia since the 1880s. He analyzes the involvement of journalists, political activists, propagandists, missionaries, diplomats, engineers, and others in this grand crusade, paying special attention to the influence of religious beliefs on Americans’ sense of duty to emancipate, convert, or reform Russia. He discusses the impact of popular debates about changing Russia on how Americans felt about the United States, showing how the belief that Russia was being remade in America’s image reaffirmed faith in America’s special virtue and historic mission and that opposition to the spread of American influence in Russia was characterized as evil from the late nineteenth century. While the main focus is on American thinking and action, the book also discusses the responses of Russian and Soviet governments, Russian Orthodox priests, and ordinary Russians to American propaganda campaigns, missionary work, and popular culture. 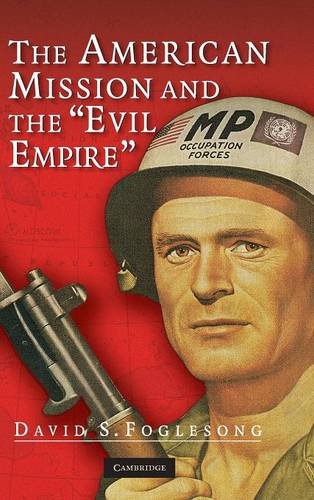 The American Mission and the ’Evil Empire’_ The Crusade for a ’Free Russia’ since 1881.pdf
7.11 MB
Please Share This
Related Posts
Many magazines
on the
→ MAGAZINELIB.COM
Book for today - 2019