In a country that keeps secrets and buries sins, a stranger learns the price of both.

In the remote Andean village of Colibrí, a boy discovers what appears to be the body of an angel. But in the face and wounds of the dead, winged woman, Dr. Gregory Moreno sees something even more disturbing: an uncanny resemblance to his beloved late wife that cannot be mere chance. And in American anthropologist Sophie Lawson, still more echoes of the doctor’s lost love stir…igniting the superstitions of the townspeople, and an elusive killer’s deepest desires and despair.

When Sophie vanishes, her son and Dr. Moreno must navigate the streets, politics, and mysteries of a place where tortured ghosts and strange omens exist side by side with mortals both devout and corrupt. But they may need nothing less than a miracle to save her from sacrifice at the altar of a madman’s twisted passion.

Conjuring shades of Gabriel García Márquez, Isabel Allende, or even Neil Gaiman, Grave of Hummingbirds is a mesmerizing novel of dreams and demons, beauty and blood. 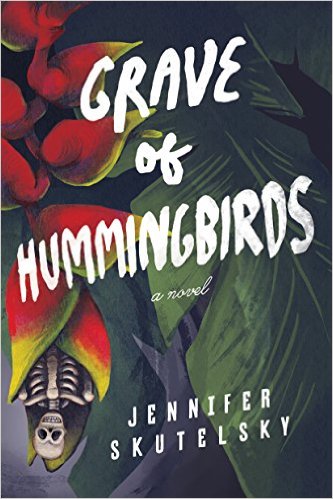 Jennifer Skutelsky - Grave of Hummingbirds.pdf
956.54 KB
Please Share This
Related Posts
Many magazines
on the
→ MAGAZINELIB.COM
Book for today - 2019-2022