Michael Mallett’s classic study of Renaissance warfare in Italy is as relevant today as it was when it was first published a generation ago. His lucid account of the age of the condottieri — the mercenary captains of fortune — and of the soldiers who fought under them is set in the wider context of the Italian society of the time and of the warring city-states who employed them. A fascinating picture emerges of the mercenaries themselves, of their commanders and their campaigns, but also of the way in which war was organized and practiced in the Renaissance world.

The book concentrates on the fifteenth century, a confused period of turbulence and transition when standing armies were formed in Italy and more modern types of military organization took hold across Europe. But it also looks back to the middle ages and the fourteenth century, and forward to the Italian wars of the sixteenth century when foreign armies disputed the European balance of power on Italian soil.

Michael Mallett’s pioneering study, which embodies much scholarly research into this neglected, often misunderstood subject, is essential reading for any one who is keen to understand the history of warfare in the late medieval period and the Renaissance. 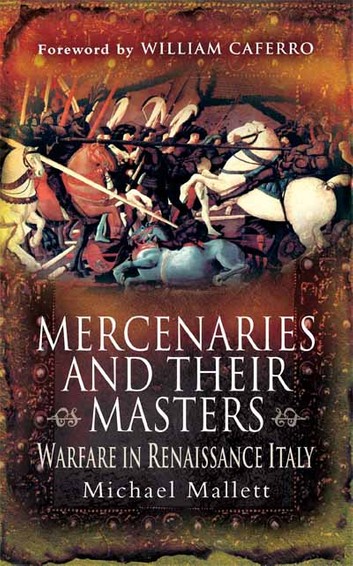 Mercenaries and Their Masters. Warfare in Renaissance Italy.epub
3.42 MB
Please Share This
Related Posts
Many magazines
on the
→ MAGAZINELIB.COM
Book for today - 2019-2022