Simon Bolivar freed no fewer than what were to become six countries—a vast domain some 800,000 square miles in extent—from Spanish colonial rule in savage wars against the then-mightiest military machine on earth. The ferocity of his leadership and fighting earned him the grudging nickname “the devil” from his enemies. His astonishing resilience in the face of military defeat and seemingly hopeless odds, as well his equestrian feat of riding tens of thousands of miles across what remains one of the most inhospitable territories on earth, earned him the name Culo de Hierro—Iron Ass—among his soldiers. It was one of the most spectacular military campaigns in history, fought against the backdrop of the Andean mountains, through immense flooded savannahs, jungles, and shimmering deserts. Indeed the war itself was medieval—fought under warlords across huge spaces by horsemen with lances, and infantry with knives and machetes (as well as muskets). It was the last warriors’ war.

Although the creator of the northern half of Latin America, Bolivar inspired the whole continent and still does today. This is Robert Harvey’s astonishing, gripping, and beautifully researched biography of one of South America’s most cherished heroes and one of the world’s most accomplished military leaders, by any standard. 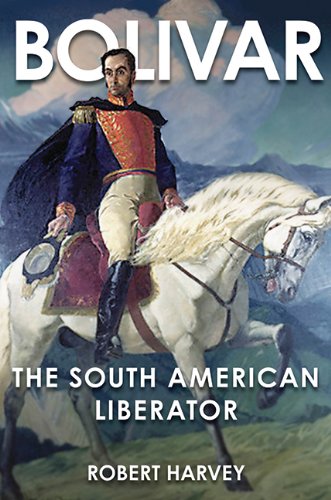 Bolivar. The Liberator of Latin America - Robert Harvey.epub
2.11 MB
Please Share This
Related Posts
Many magazines
on the
→ MAGAZINELIB.COM
Book for today - 2019