Words of the World: A Global History of the Oxford English Dictionary

Most people think of the Oxford English Dictionary (OED) as a distinctly British product. Begun in England 150 years ago, it took more than 60 years to complete and, when it was finally finished in 1928, the British prime minister heralded it as a ‘national treasure.’ It maintained this image throughout the twentieth century, and in 2006 the English public voted it an ‘Icon of England’, alongside Marmite, Buckingham Palace, and the bowler hat. But this book shows that the dictionary is not as ‘British’ as we all thought. The linguist and lexicographer, Sarah Ogilvie, combines her insider knowledge and experience with impeccable research to show that the OED is in fact an international product in both its content and its making. She examines the policies and practices of the various editors, applies qualitative and quantitative analysis, and finds new OED archival materials in the form of letters, reports, and proofs. She demonstrates that the OED, in its use of readers from all over the world and its coverage of World English, is in fact a global text. 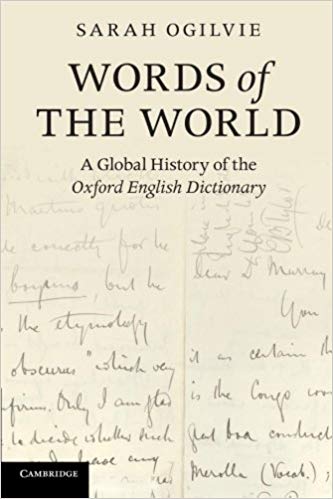 Words of the World A Global History of the Oxford English Dictionary.pdf
5.30 MB
Please Share This
Related Posts
Many magazines
on the
→ MAGAZINELIB.COM
Book for today - 2019-2022