With her mother in Europe, Deanna is staying with the Ballard family, who agree to chaperone her through the summer season and guide her toward an advantageous marriage proposal—or so her mother hopes. Relishing her new freedom, Deanna is more interested in buying one of the fashionable new bathing costumes, joining a ladies’ bicycling club, and befriending an actress named Amabelle Deeks, all of which would scandalize her mother.

Far more scandalous is the discovery of a young man bludgeoned to death on the conservatory floor at Bonheur, the Ballards’ sumptuous “cottage.” Deanna recognizes him as an actor who performed at the birthday fete for a prominent judge the night before. But why was he at Bonheur? And where is Amabelle?

Concerned her new friend may be in danger—or worse—Deanna enlists the help of her intrepid maid, Elspeth, and her former beau, Joe Ballard, to find Amabelle before the villain of this drama demands an encore. 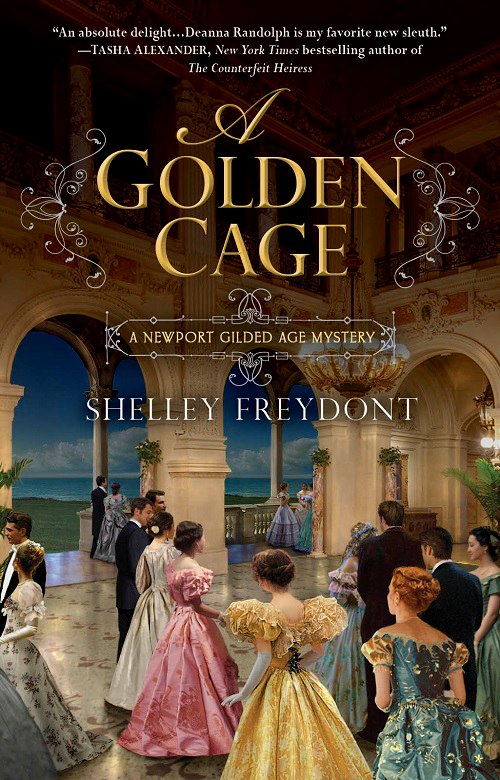 Shelley Freydont - A Golden Cage.pdf
1.28 MB
Please Share This
Related Posts
Many magazines
on the
→ MAGAZINELIB.COM
Book for today - 2019-2022