Jerome K. Jerome — Three Men in a Boat (To Say Nothing of the Dog)
Genre

Three Men in a Boat (To Say Nothing of the Dog), published in 1889, is a humorous account by English writer Jerome K. Jerome of a boating holiday on the Thames between Kingston and Oxford.

The book was initially intended to be a serious travel guide, with accounts of local history along the route, but the humorous elements took over to the point where the serious and somewhat sentimental passages seem a distraction to the comic novel. One of the most praised things about Three Men in a Boat is how undated it appears to modern readers – the jokes seem fresh and witty even today.

The three men are based on Jerome himself (the narrator J.) and two real-life friends, George Wingrave (who would become a senior manager at Barclays Bank) and Carl Hentschel (the founder of a London printing business, called Harris in the book), with whom he often took boating trips. The dog, Montmorency, is entirely fictional[1] but, “as Jerome admits, developed out of that area of inner consciousness which, in all Englishmen, contains an element of the dog.” The trip is a typical boating holiday of the time in a Thames camping skiff. This was just after commercial boat traffic on the Upper Thames had died out, replaced by the 1880s craze for boating as a leisure activity. 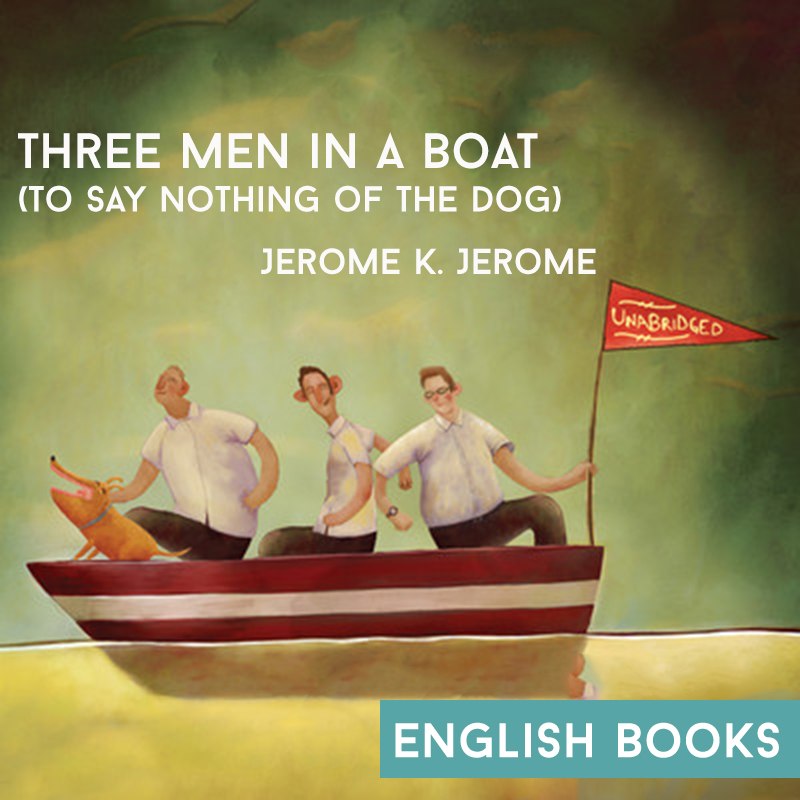