Overview: If you heard that one president deported more people than any other president, started the program of family separation, and did nothing to stop Russia’s election meddling, how many of them would guess it was Obama?
In 50 Things They Don’t Want You to Know Jerome Hudson dives deeply into the things Americans are not supposed to realize. Many of our most hotly debate topics are shaped by Davos power brokers, woke college professors, TV talking heads, social media activists and feckless Washington swamp monsters who want you to only follow their narrative.

Your teachers, your politicians, and your local paper are not likely to ever tell you:
• Racial minorities fare far better in the absence of race-based affirmative action policies.
• Latinos make up a little more than 50% of the Border Patrol, according to 2016 data.
• The U.S. settled more refugees in 2017 than any other nation.
• Between 2011 and 2016, the IRS documented 1.3 million identity thefts by Illegal aliens.
• Half of federal arrests are immigration-related.
• Welfare recipients in 34 states earn more than a person making minimum wage.
• Taxpayers doled out $2.6 billion in food stamps to dead people in less than two years.
• 1,700 private jets flew to Davos to discuss the impact of global warming.
• Google could swing an election by secretly adjusting its search algorithm, and we would have no way of knowing.
Once you’re done reading 50 Things They Don’t Want You to Know, you’ll never trust the powers that be to give you the whole truth again. 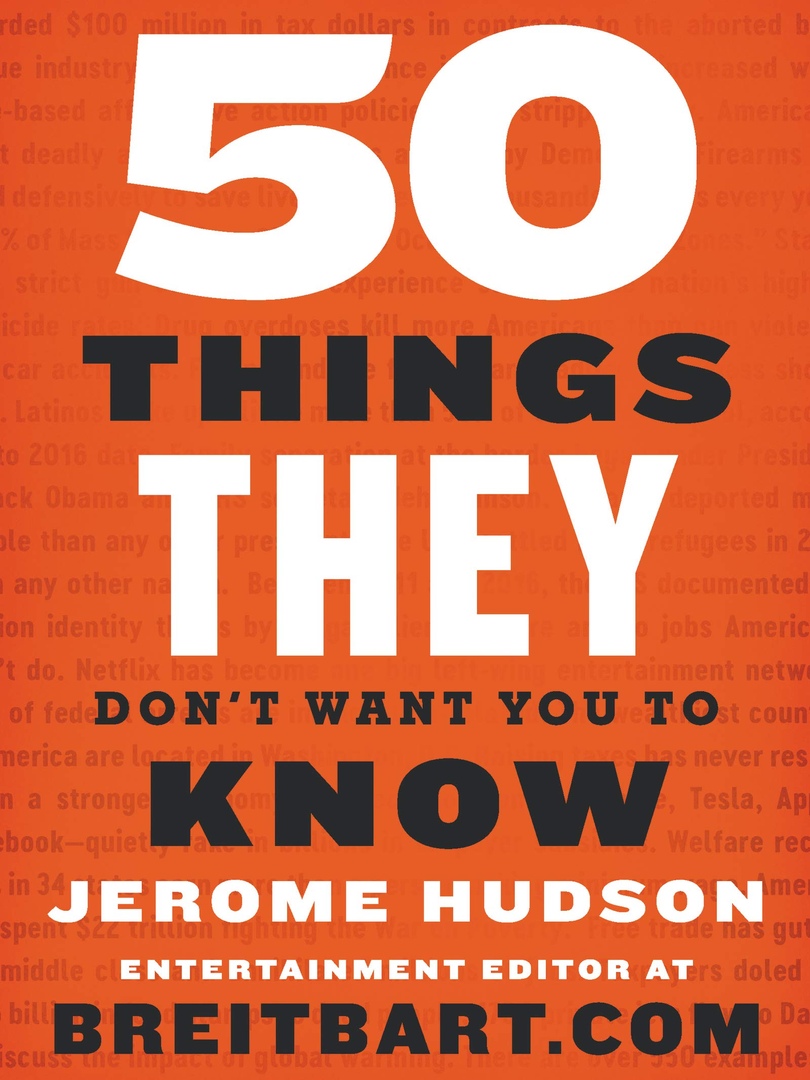