When your life is based on lies, how do you hunt down the truth?Jerry Beche should be dead. Instead, he’s rescued from a desolate Earth where he was the last man alive. He’s then trained for the toughest conditions imaginable and placed with a crack team of specialists on an isolated island. Every one of them is a survivor, as each withstood the violent ending of their own alternate Earth. And their new specialism? To retrieve weapons and data in missions to other apocalyptic versions of our world. But what is ‘the Authority’, the shadowy organization that rescued Beche and his fellow survivors? How does it access timelines to find other Earths? And why does it need these instruments of death?As Jerry struggles to obey his new masters, he begins to distrust his new companions. A strange bunch, their motivations are less than clear, and accidents start plaguing their missions. Jerry suspects the Authority is feeding them lies, and team members are spying on him. As a dangerous situation spirals into catastrophe, is there anybody he can trust?A riveting, action-packed post-apocalyptic survival story from master of SF, Gary Gibson. 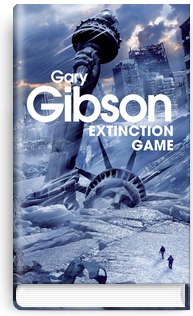