D. P. Prior – Revenge of the Lich (Legends of the Nameless Dwarf 03)

The survivors of the slaughter at Arx Gravis flee their ravine city, leaving its walkways and canals awash with blood. Convinced there can be no atonement for what he has done, the Nameless Dwarf joins forces with a whiskerless thief, a guilt-driven assassin, and a consumptive wizard. Together, they pursue the dwarves into the lands of nightmare across the Farfall Mountains. But the companions bring troubles of their own, not least of which is an ancient grimoire that leads them inexorably toward a forest of tar, and an evil from Nameless’s past that threatens his entire race. The last hope of the dwarves comes from the unlikeliest of sources: a mythical city beneath the waves, an axe from the age of heroes, and the Nameless Dwarf, in whose veins flows the blood of legends. 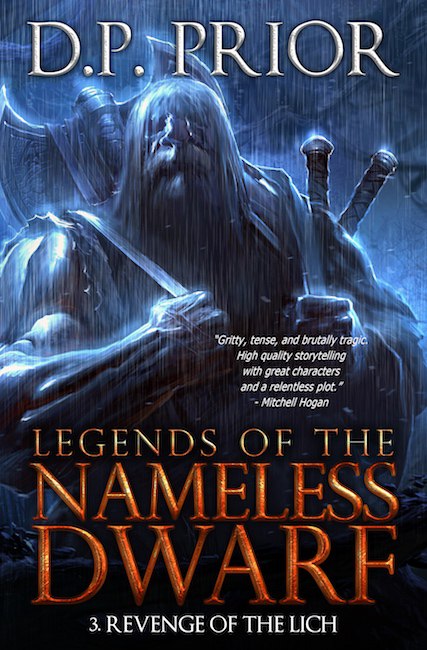 Prior - Revenge of the Lich (Legends of the Nameless Dwarf 03).pdf
1.44 MB
Please Share This
Related Posts
Many magazines
on the
→ MAGAZINELIB.COM
Book for today - 2019-2022