Dean Koontz — Your Heart Belongs To Me
Genre:

And she’s come to take it back. In a heartbeat, the medical miracle that gave Ryan a second chance at life is about to become a curse worse than death. For Ryan is being stalked by a mysterious woman who feels entitled to everything he has. She’s the spitting image of the twenty-eight-year-old donor of the heart beating steadily in Ryan’s own chest. One year later, Ryan has never felt better. Business is good and there’s even a chance of getting Samantha back in his life. Then the unmarked gifts begin to arrive in the mail – a heart pendant, a box of Valentine candy hearts. And, most disturbing of all, a graphic heart surgery video accompanied by a chilling message: Your heart belongs to me. At thirty-four, Internet entrepreneur Ryan Perry seemed to have the world in his pocket – until the first troubling symptoms appeared out of nowhere. Within days, he’s diagnosed with incurable cardiomyopathy and finds himself on the waiting list for a heart transplant; it’s his only hope, and it’s dwindling fast. Ryan is about to lose it all.his health, his girlfriend, Samantha, and his life. From the New York Times bestselling master of suspense comes a riveting thriller that probes the deepest terrors of the human psyche – and the ineffable mystery of what truly makes us who we are. Here an innocent man finds himself fighting for his very existence in a battle that starts with the most frightening words of all. 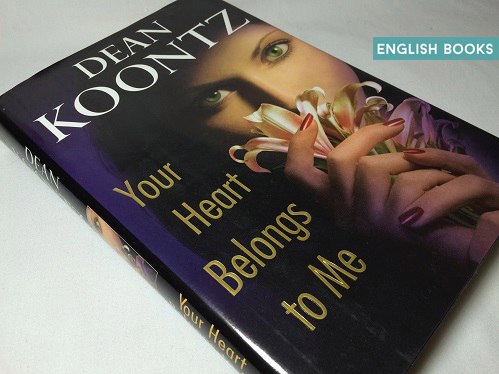 Your Heart Belongs To Me.txt
461.18 KB
Please Share This
Related Posts
Many magazines
on the
→ MAGAZINELIB.COM
Book for today - 2019-2022