China’s Quest: The History of the Foreign Relations of the People’s Republic of China – John Garver
Oxford University Press | 2016 | PDF

The evolution of the the People’s Republic of China in world politics is an epic story and one of the most important developments in modern world history. Yet to date, there are no authoritative histories of China’s foreign relations. John Garver’s monumental China’s Quest fills this lacuna and draws from memoirs by Chinese leaders and diplomats, including those written by several foreign ministers, as well as significant new archival material. Garver situates the history of PRC foreign relations in a central drama of the 20th century: the rise and fall of Communist ideology. This new and revised edition includes an additional chapter and new analysis, which address China’s strategies in the aftermath of the Western economic crisis, Xi Jinping’s embrace of assertive nationalism, the “China Dream” and restoration of China’s leading global status, and the “One Belt, One Road” and “communities of common destiny” initiatives. The summation of Garver’s fifty-year study of Chinese foreign relations, China’s Quest is an expansive and conceptually powerful resource for everyone interested in China’s role in the world.

“China’s Quest lives up to the definitive comprehensiveness suggested by its subtitle. This superb, lengthy volume knits together thick descriptions of events in China from 1949 until today into a clear, compelling narrative.” — Foreign Affairs 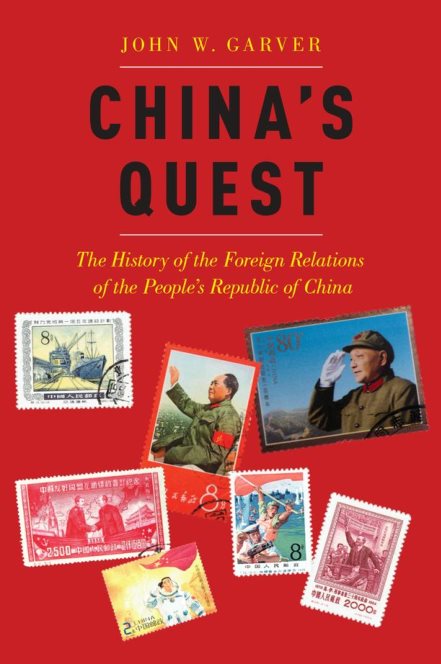 China's Quest. The History of the Foreign Relations of the People's Republic of China - John Garver.pdf
5.68 MB
Please Share This
Related Posts
Book for today - 2019