1 – The Constant Rabbit by Jasper Fforde

Children of Men meets The Handmaid’s Tale in this “bowstring-taut, visceral, and incredibly timely” thriller about how far a mother will go to protect her son from a hostile world transformed by the absence of men (Cory Doctorow).

Most of the men are dead. Three years after the pandemic known as The Manfall, governments still hold and life continues — but a world run by women isn’t always a better place.

Twelve-year-old Miles is one of the last boys alive, and his mother, Cole, will protect him at all costs. On the run after a horrific act of violence-and pursued by Cole’s own ruthless sister, Billie — all Cole wants is to raise her kid somewhere he won’t be preyed on as a reproductive resource or a sex object or a stand-in son. Someplace like home.

To get there, Cole and Miles must journey across a changed America in disguise as mother and daughter. From a military base in Seattle to a luxury bunker, from an anarchist commune in Salt Lake City to a roaming cult that’s all too ready to see Miles as the answer to their prayers, the two race to stay ahead at every step . . . even as Billie and her sinister crew draw closer.

A sharply feminist, high-stakes thriller from award-winning author Lauren Beukes, Afterland brilliantly blends psychological suspense, American noir, and science fiction into an adventure all its own — and perfect for our times.

2 – The Constant Rabbit by Jasper Fforde

Peter Knox lives quietly in one of those small country villages that’s up for the Village Garden of the Year award. Until Doc and Constance Rabbit move in next door, upsetting the locals (many of them members of governing political party United Kingdom Against Rabbit Population), complicating Peter’s job as a Rabbit Spotter, and forcing him to take a stand, moving from unconscious leporiphobe to active supporter of the UK’s amiable and peaceful population of anthropomorphised rabbits.

3 – The Chimera Code by Wayne Santos

Everything’s for hire. Even magic.

If you need something done, Cloke’s one of the best; a mercenary with some unusual talents and an attitude to match. But when she’s hired by a virtual construct to destroy the other copies of himself, and the down payment is a new magical skill, she knows this job is going to be a league harder than anything she’s ever done. 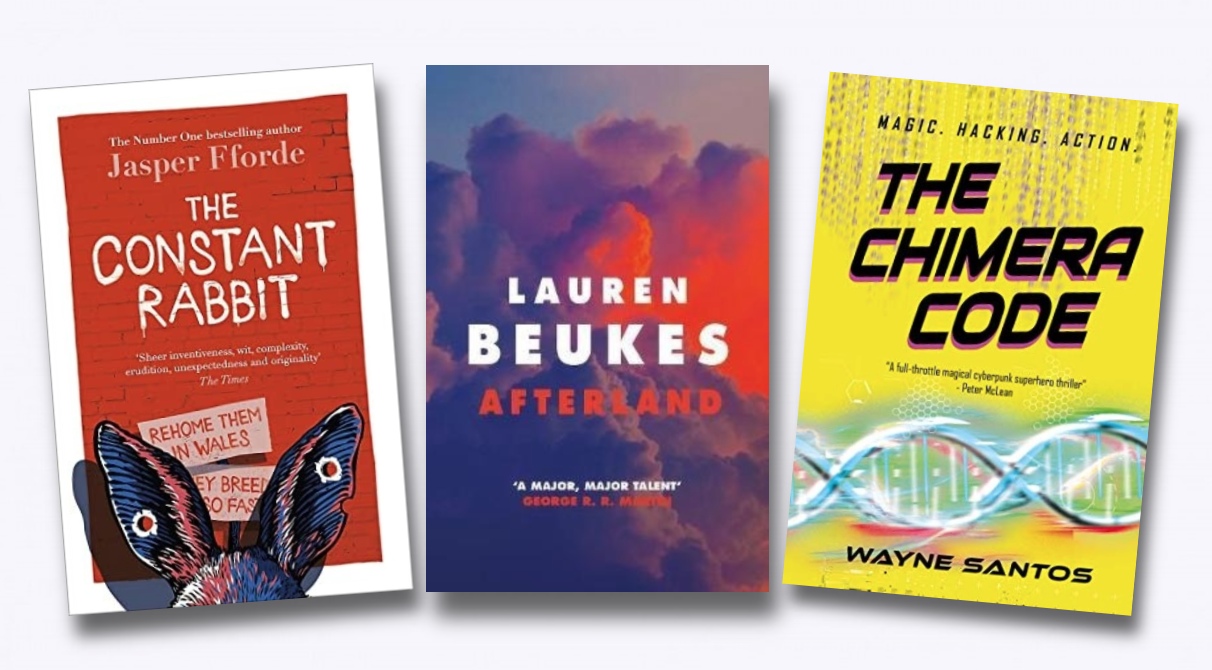 The Chimera Code.epub
537.72 KB
Please Share This
Related Posts
Many magazines
on the
→ MAGAZINELIB.COM
Book for today - 2019-2022