The Viking Age as a Period of Religious Transformation: The Christianization of Norway from AD 560–1150/1200 – Sæbjørg Walaker Nordeide
Brepols Publishers | 2011 | PDF

This volume is the first to delve into Norway’s history of Christianization since 1973 when Fridtjov Birkeli published his book on the topic. For the first time in over thirty years, Dr Nordeide illuminates the change from non-Christian to Christian rituals by analysing archaeological resources from c. AD 560 to c. 1150/1200. This book both asserts and challenges previous hypotheses of the chronology of Christianization, as well as offering fascinating new versions of the Norway’s eventual conversion. As well as asserting that local history leads Norway along chronological lines typical of its peripheral location, the author argues that in some ways, Norway’s history of Christianity is best located within the history of central European regions even more than has ever been suggested before. 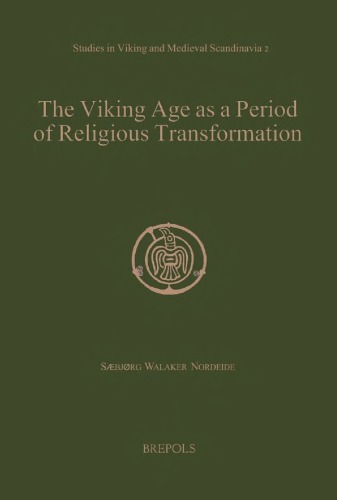 The Viking Age as a Period of Religious Transformation. The Christianization of Norway from AD 560–1150-1200.pdf
7.55 MB
Please Share This
Related Posts
Many magazines
on the
→ MAGAZINELIB.COM
Book for today - 2019-2022