Bestselling author, podcast favorite, and Fox News contributor Dan Bongino delivers the third and most shocking of his acclaimed series chronicling the Deep State war against Donald Trump. Starting with the Trump impeachment hearings, Bongino works forward and backward to piece together the connections of a vast, well-funded cabal of wealthy Democrats and D.C. swamp elite to the non-stop deluge of manufactured scandals launched specifically to attack, destabilize, and ultimately remove Trump and his administration.

Zooming in on Ukraine, Bongino unspools a complex sequence of corruption—from the miraculous “discovery” of a mysterious black ledger that linked financial transactions to Trump campaign insider Paul Manafort and cast a shadow over the entire Trump team, to Joe Biden’s unexamined quid pro quo interference with Kyiv politics as he threatened to withhold a loan unless a prosecutor was removed from office. The former Secret Service agent exposes how Glenn Simpson, the corrupt cheerleader behind the lie-filled Steele dossier, wrangled millions from top Democrat donor George Soros to meddle in Ukraine politics. Bongino also reveals Soros’s desperate multimillion-dollar plan to stop Trump’s re-election.

Using FBI documents, Bongino reveals the outrageous actions of Robert Mueller’s investigators, who sat on evidence that proved the supposedly damning Trump Tower meeting between a Russian lawyer and senior campaign officials was nothing more than a twenty-minute waste of time for all involved. Other chapters delve into the disturbing presence of Obama’s fixer, obstruction angel Kathryn “Kathy” Ruemmler, who represents a rogues gallery of Russiagate political operatives; the FBI’s inside source on the National Security Council, Anthony Ferrante, who dedicated himself to the fruitless task of trying to prove the Steele dossier was legitimate; and “Special Agent 1” Stephen M. Somma’s curious obsession with Lt. Gen. Michael Flynn, which was stoked by a Flynn-fixated paid operative named Stefan Halper.

Flynn is the centerpiece of one of the book’s most revealing chapters, in which Bongino deconstructs the FBI’s elaborate takedown of Trump’s National Security Advisor, revealing how and why the three-star general was set up not once…but three times. Bongino also returns to the last, desperate attempt to derail Trump—the impeachment trial—and uncovers Adam Schiff’s lies and the Ukraine-call whistleblower’s multiple secret ties to never-Trumpers and Schiff himself. In the final chapter, Bongino unveils the newest front to stop Trump: the unleashing of COVID-19 from China and how the disease mutated from a killer plague in Wuhan to a weapon to destroy America’s economy and, with it, Trump’s re-election chances.

Follow the Money displays dizzying detective work from a truly relentless, passionate, and patriotic reporter. An astonishing chronicle of the relentless war to destroy Donald Trump and his administration, this exposé is a must-read for anyone who wants to unravel the most shocking and corrupt campaign to unseat a sitting president in American history. 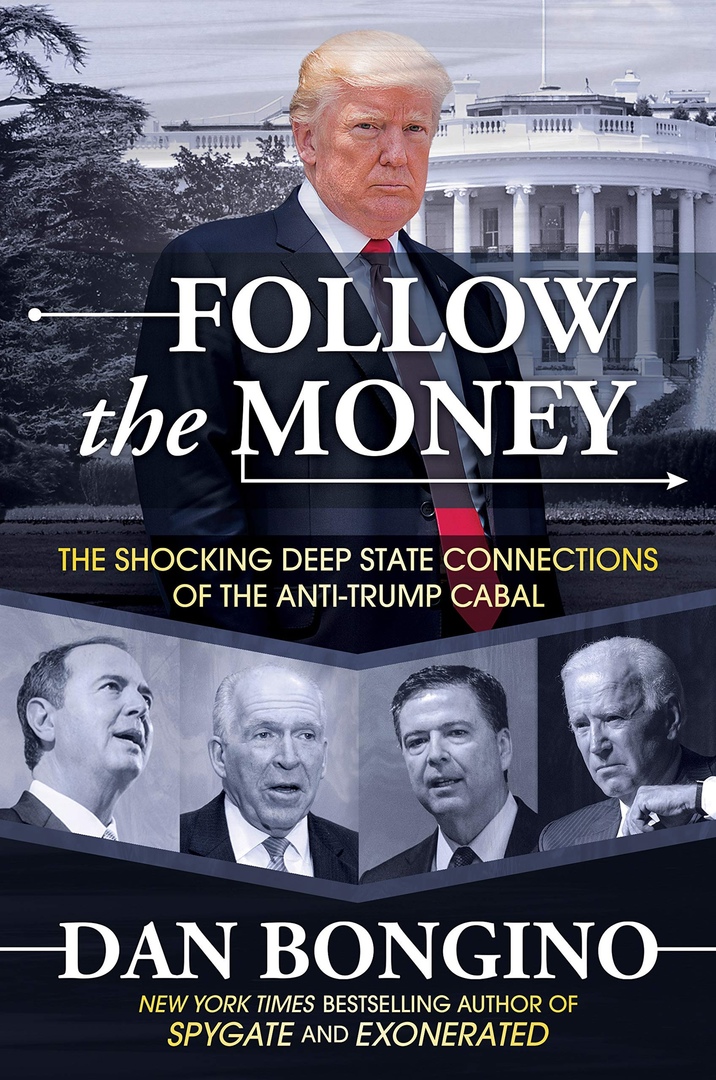 Follow the Money.epub
1.41 MB
Please Share This
Related Posts
Many magazines
on the
→ MAGAZINELIB.COM
Book for today - 2019-2022