Transcending ethnic, linguistic, and religious boundaries, early empires shaped thousands of years of world history. Yet despite the global prominence of empire, individual cases are often studied in isolation. This series seeks to change the terms of the debate by promoting cross-cultural, comparative, and transdisciplinary perspectives on imperial state formation prior to the European colonial expansion.

Two thousand years ago, up to one-half of the human species was contained within two political systems, the Roman empire in western Eurasia (centered on the Mediterranean Sea) and the Han empire in eastern Eurasia (centered on the great North China Plain). Both empires were broadly comparable in terms of size and population, and even largely coextensive in chronological terms (221 BCE to 220 CE for the Qin/Han empire, c. 200 BCE to 395 CE for the unified Roman empire). At the most basic level of resolution, the circumstances of their creation are not very different. In the East, the Shang and Western Zhou periods created a shared cultural framework for the Warring States, with the gradual consolidation of numerous small polities into a handful of large kingdoms which were finally united by the westernmost marcher state of Qin. In the Mediterranean, we can observe comparable political fragmentation and gradual expansion of a unifying civilization, Greek in this case, followed by the gradual formation of a handful of major warring states (the Hellenistic kingdoms in the east, Rome-Italy, Syracuse and Carthage in the west), and likewise eventual unification by the westernmost marcher state, the Roman-led Italian confederation. Subsequent destabilization occurred again in strikingly similar ways: both empires came to be divided into two halves, one that contained the original core but was more exposed to the main barbarian periphery (the west in the Roman case, the north in China), and a traditionalist half in the east (Rome) and south (China).

These processes of initial convergence and subsequent divergence in Eurasian state formation have never been the object of systematic comparative analysis. This volume, which brings together experts in the history of the ancient Mediterranean and early China, makes a first step in this direction, by presenting a series of comparative case studies on clearly defined aspects of state formation in early eastern and western Eurasia, focusing on the process of initial developmental convergence. It includes a general introduction that makes the case for a comparative approach; a broad sketch of the character of state formation in western and eastern Eurasia during the final millennium of antiquity; and six thematically connected case studies of particularly salient aspects of this process. 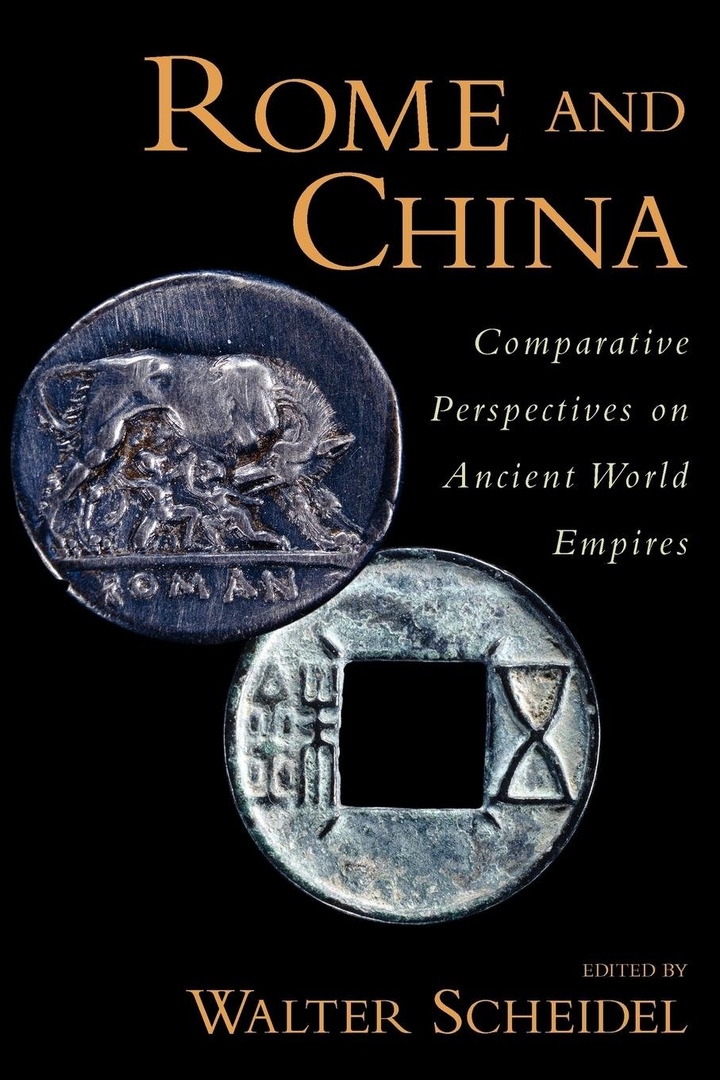 Rome and China. Comparative Perspectives on Ancient World Empires.epub
2.80 MB
Please Share This
Related Posts
Many magazines
on the
→ MAGAZINELIB.COM
Book for today - 2019