In the decade preceding the first U.S. combat operations in Vietnam, the Eisenhower administration sought to defeat a communist-led insurgency in neighboring Laos. Although U.S. foreign policy in the 1950s focused primarily on threats posed by the Soviet Union and the People’s Republic of China, the American engagement in Laos evolved from a small cold war skirmish into a superpower confrontation near the end of President Eisenhower’s second term. Ultimately, the American experience in Laos foreshadowed many of the mistakes made by the United States in Vietnam in the 1960s.

In Before the Quagmire: American Intervention in Laos, 1954–1961, William J. Rust delves into key policy decisions made in Washington and their implementation in Laos, which became first steps on the path to the wider war in Southeast Asia. Drawing on previously untapped archival sources, Before the Quagmire documents how ineffective and sometimes self-defeating assistance to Laotian anticommunist elites reflected fundamental misunderstandings about the country’s politics, history, and culture. The American goal of preventing a communist takeover in Laos was further hindered by divisions among Western allies and U.S. officials themselves, who at one point provided aid to both the Royal Lao Government and to a Laotian general who plotted to overthrow it. Before the Quagmire is a vivid analysis of a critical period of cold war history, filling a gap in our understanding of U.S. policy toward Southeast Asia and America’s entry into the Vietnam War. 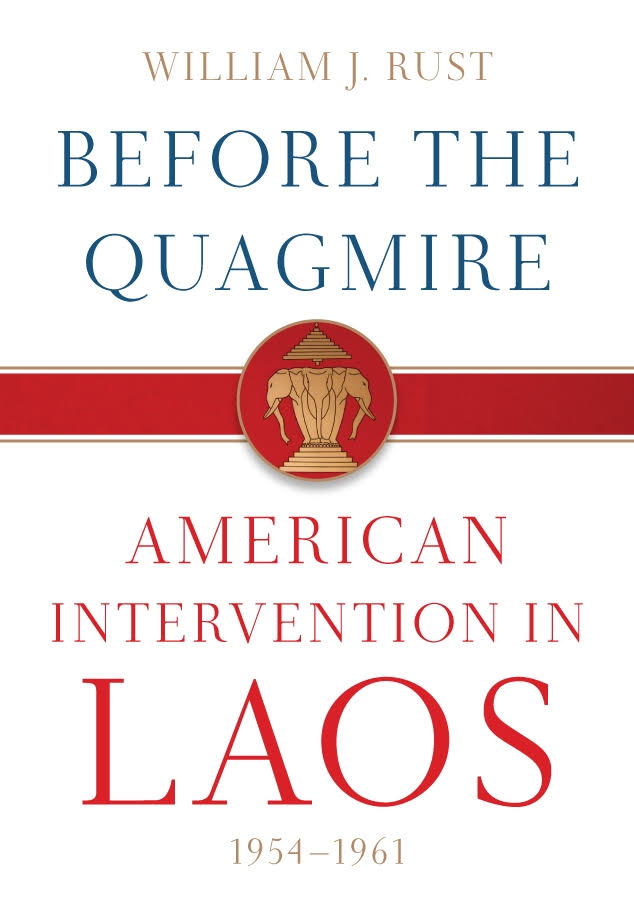