Crowley relies on letters and eyewitness testimony to tell the story of tiny Portugal’s rapid and breathtaking rise to power. Conquerors reveals the Império Português in all of its splendor and ferocity, bringing to life the personalities of the enterprising and fanatical house of Aviz. Figures such as King Manuel “the Fortunate,” João II “the Perfect Prince,” marauding governor Afonso de Albuquerque, and explorer Vasco da Gama juggled their private ambitions and the public aims of the empire, often suffering astonishing losses in pursuit of a global fortune. Also central to the story of Portugal’s ascent was its drive to eradicate Islamic culture and establish a Christian empire in the Indian Ocean. Portuguese explorers pushed deep into the African continent in search of the mythical Christian king Prester John, and they ruthlessly besieged Indian port cities in their attempts to monopolize trade.

The discovery of a route to India around the horn of Africa was not only a brilliant breakthrough in navigation but heralded a complete upset of the world order. For the next century, no European empire was more ambitious, no rulers more rapacious than the kings of Portugal. In the process they created the first long-range maritime empire and set in motion the forces of globalization that now shape our world. At Crowley’s hand, the complete story of the Portuguese empire and the human cost of its ambition can finally be told. 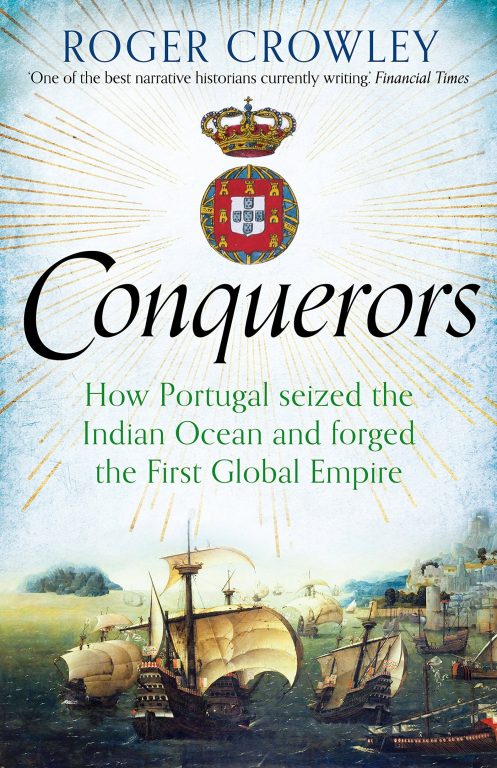 Conquerors.epub
41.98 MB
Please Share This
Related Posts
Many magazines
on the
→ MAGAZINELIB.COM
Book for today - 2019