Upon the death of Saladin in 1193, his vast empire, stretching from the Yemen to the upper reaches of the Tigris, fell into the hands of his Ayyubid kinsmen. These latter parceled his domains into a number of autonomous principalities, though some common identity was maintained by linking these petty states into a loose confederation, in which each local prince owed allegiance to the senior member of the Ayyubid house. Such an arrangement was, of course, highly unstable, and at first glance Ayyubid history appears to be no more than a succession of unedifying squabbles among countless rival princelings, until at last the family’s hegemony was extinguished by two events: 1) a coup d’état staged by the palace guard in Egypt in 1250, and 2) the Mongol occupation of Syria, brief but destructive, in 1260.

But appearances to the contrary, the obscure quarrels of Saladin’s heirs embodied a political revolution of highest importance in Syro-Egyptian history. The seven decades of Ayyubid rule mark the slow and sometimes violent emergence of a new administrative relationship between Egypt and Syria, one in which Syria was subjected to close centralized control from Cairo for the unprecedented period of 250 years. These years saw also the gradual decay of a form of government―the family confederation―which had been the most characteristic political structure of Western Iran and the Fertile Crescent for three centuries, and its replacement by a unitary autocracy. Finally, it was under the Ayyubids that the army ceased to be an arm of the state and became, in effect, the state itself. When these internal developments are seen in the broader context of world history as it affected Syria during the first half of the thirteenth century―Italian commercial expansion, the Crusades of Frederick II and St. Louis, the Mongol expansion―then the great intrinsic interest of Ayyubid history becomes apparent.

Professor Humphreys has developed these themes through close examination of the political fortunes of the Ayyubid princes of Damascus. For Damascus, though seldom the capital of the Ayyubid confederation, was, nevertheless, its hinge. The struggle for regional autonomy vs. centralization, for Syrian independence vs. Egyptian domination, was fought out at Damascus, and the city was compelled to stand no less than eleven sieges during the sixty-seven years of Ayyubid rule. Almost every political process of real significance either originated with the rulers of Damascus or was closely reflected in their policy and behavior.

The book is cast in the form of a narrative, describing a structure of politics which was in no way fixed and static, but dynamic and constantly evolving. Indeed, the book does not so much concern the doings of a group of rather obscure princes as it does the values and attitudes which underlay and shaped their behavior. The point of the narrative is precisely to show what these values were, how they were expressed in real life, and how they changed into quite new values in the course of time. 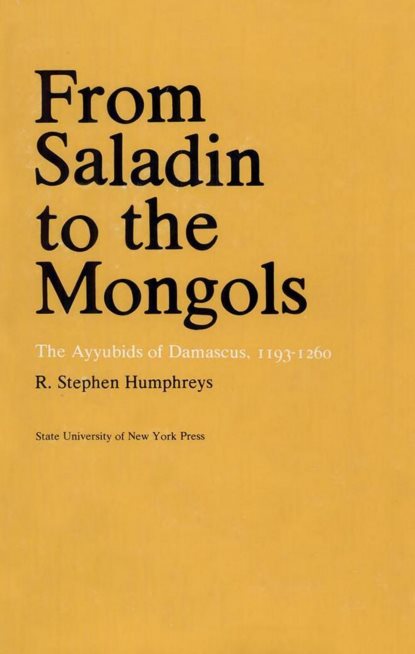 From Saladin to the Mongols. The Ayyubids of Damascus, 1193-1260.pdf
8.42 MB
Please Share This
Related Posts
Many magazines
on the
→ MAGAZINELIB.COM
Book for today - 2019