Broadcasting was born just as the British empire reached its greatest territorial extent, and matured while that empire began to unravel. Radio and television offered contemporaries the beguiling prospect that new technologies of mass communication might compensate for British imperial decline. In Broadcasting Empire, Simon J. Potter shows how, from the 1920s, the BBC used broadcasting to unite audiences at home with the British settler diaspora in Canada, Australia, New Zealand, and South Africa. High culture, royal ceremonial, sport, and even comedy were harnessed to this end, particularly on the BBC Empire Service, the predecessor of today’s World Service. Belatedly, during the 1950s, the BBC also began to consider the role of broadcasting in Africa and Asia, as a means to encourage ‘development’ and to combat resistance to continued colonial rule. However, during the 1960s, as decolonization entered its final, accelerated phase, the BBC staged its own imperial retreat.

This is the first full-length, scholarly study to examine both the home and overseas aspects of the BBC’s imperial mission. Drawing on new archival evidence, it demonstrates how the BBC’s domestic and imperial roles, while seemingly distinct, in fact exerted a powerful influence over one another. Broadcasting Empire makes an important contribution to our understanding of the transnational history of broadcasting, emphasising geopolitical rivalries and tensions between British and American attempts to exert influence on the world’s radio and television systems. 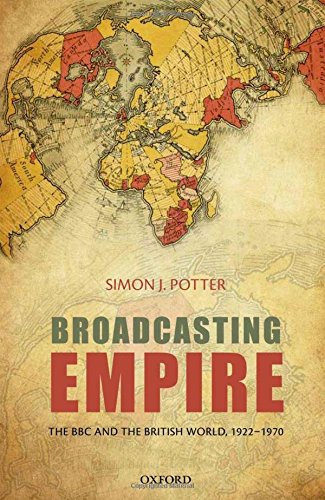