From the end of the Baroque age and the death of Bach in 1750 to the rise of Hitler in 1933, Germany was transformed from a poor relation among western nations into a dominant intellectual and cultural force more influential than France, Britain, Italy, Holland, and the United States. In the early decades of the 20th century, German artists, writers, philosophers, scientists, and engineers were leading their freshly-unified country to new and undreamed of heights, and by 1933, they had won more Nobel prizes than anyone else and more than the British and Americans combined. But this genius was cut down in its prime with the rise and subsequent fall of Adolf Hitler and his fascist Third Reich — a legacy of evil that has overshadowed the nation’s contributions ever since. Yet how did the Germans achieve their pre-eminence beginning in the mid-18th century? In this fascinating cultural history, Peter Watson goes back through time to explore the origins of the German genius, how it flourished and shaped our lives, and, most importantly, to reveal how it continues to shape our world. As he convincingly demonstarates, while we may hold other European cultures in higher esteem, it was German thinking — from Bach to Nietzsche to Freud — that actually shaped modern America and Britain in ways that resonate today.

The German Genius is a virtuoso cultural history of German ideas and influence, from 1750 to the present day, by acclaimed historian Peter Watson (Making of the Modern Mind, Ideas). From Bach, Goethe, and Schopenhauer to Nietzsche, Freud, and Einstein, from the arts and humanities to science and philosophy, The German Genius is a lively and accessible review of over 250 years of German intellectual history. In the process, it explains the devastating effects of World War II, which transformed a vibrant and brilliantly artistic culture into a vehicle of warfare and destruction, and it shows how the German culture advanced in the war’s aftermath. 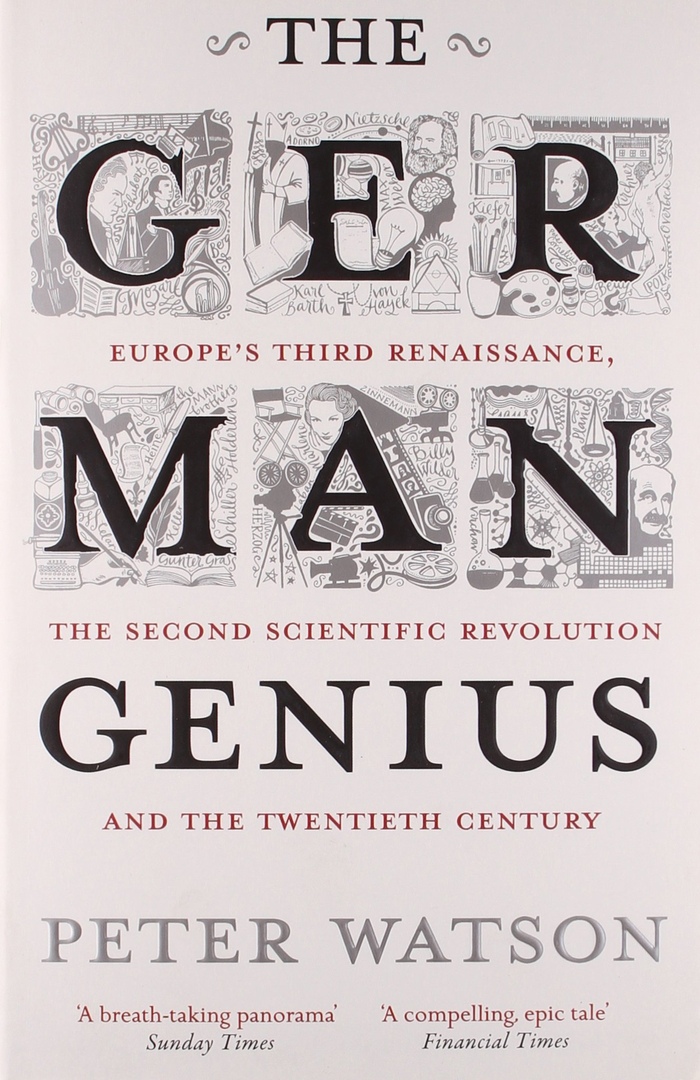 The German Genius. Europe’s Third Renaissance, the Second Scientific Revolution and the Twentieth Century.epub
1.17 MB
Please Share This
Related Posts
Many magazines
on the
→ MAGAZINELIB.COM
Book for today - 2019