In the early years of the American Republic the political ideals of the Revolution took definite form, and pervaded the daily lives of Americans in multifarious ways, affirming and transforming the country and its people in the process. In this informative and eminently readable resource, award-winning authors David and Jeanne Heidler discuss the people who lived during this critical time, and uncover the essential and unexpected realities of ordinary life in the early American republic.

Rapid developments in agriculture, encouraged by a strong sense of dignity in work and a bold new spirit of ingenuity sharply reduced the percentage of people who made their living in the fields; the tone of religious tolerance taken up by the founders manifested itself in a fervent yet incredibly diverse spiritual community; workingmen and educated citizens alike attended intellectual lectures together in an effort to become responsible and informed citizens; and the family dynamic underwent a profound transformation, especially as it involved children, at the hands of a new democratic idealism. In this informative and eminently readable resource, award-winning authors David and Jeanne Heidler discuss the people who lived during this critical time, and uncover the essential and unexpected realities of ordinary life in the early American republic.

Included are sections on agriculture; rituals of life, love, and death; employment and the economy; leisure; religion; life beyond the mainstream; and life in the military. This volume is ideal for high school and college students, as well as anyone interested in examining the prosaic realities underpinning the lives of the people of the time. A chronology of the time period, maps, illustrations, a bibliography and an index are also included.

Early nineteenth century America saw the first wave of post-Independence immigration. Germans, Irish, Englishmen, Scandinavians, and even Chinese on the west coast began to arrive in significant numbers, profoundly impacting national developments like westward expansion, urban growth, industrialization, city and national politics, and the Civil War. This volume explores the early immigrants’ experience, detailing where they came from, what their journey to America was like, where they entered their new nation, and where they eventually settled. Life in immigrant communities is examined, particularly those areas of life unsettled by the clash of cultures and adjustment to a new society. Immigrant contributions to American society are also highlighted, as are the battles fought to gain wider acceptance by mainstream culture.

Engaging narrative chapters explore the experience from the viewpoint of the individua, the catalysts for leaving one’s homeland, new immigrant settlements and the differences among them, social, religious, and familial structures within the immigrant communities, and the effects of the Civil War and the beginning of the new immigrant wave of the 1870s.

Daily life in the Industrial age was ever-changing, unsettling, outright dangerous, and often thrilling. Electric power turned night into day, cities swelled with immigrants from the countryside and from Europe, and great factories belched smoke and beat unnatural rhythms while turning out consumer goods at an astonishing pace. Distance and time condensed as rail travel and telegraph lines tied the vast United States together as never before.

First-hand accounts from workers, housewives, and children help illuminate the significant achievements of the era and their impact on the everyday lives of ordinary people. Readers will learn of a broad range of personal experiences, while comprehending the importance of the economic and social developments of the period. A chronology, a glossary, more than 40 photographs, and further reading sources complete the work.

The Progressive Era represented a tumultuous time for Americans as they attempted to come to terms with a rapidly emerging modern, urban, and industrial society, and ultimately the dislocations caused by World War I. Steven L. Piott’s Daily Life in the Progressive Era tells the story of how all Americans—black and white, women and men, rural inhabitants and urban residents, workers and employers, consumers and producers—contended with new cultural attitudes, persistent racial and class tensions, and the power struggles of evolving classes.

This book provides a broad examination of American society between 1900 and 1920. Organized thematically, it covers rural and urban America, the changing nature of work, race relations, popular culture, citizen activism, and society during wartime. Appropriate for general readers as well as students of history, Daily Life in the Progressive Era provides an informed and compelling narrative history and analysis of daily life within the context of broad historical patterns.

In the last decades, a growing number of immigrants from around the world have arrived in the United States. Daily Life of the New Americans: Immigration since 1965 provides a thematic overview of their everyday lives and underscores the diversity and complexity of the newcomer experience.

Organized into six thematic chapters, the book examines how immigrants from Latin America, Asia, Africa, the Middle East, and Europe are changing the face of the American nation, and, at the same time, are themselves being changed by living in America. The stories told here are enhanced through the use of oral histories that bring immigrant experiences vividly to life. 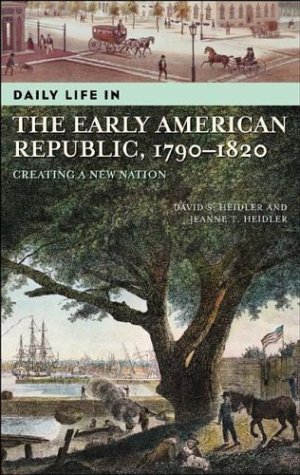 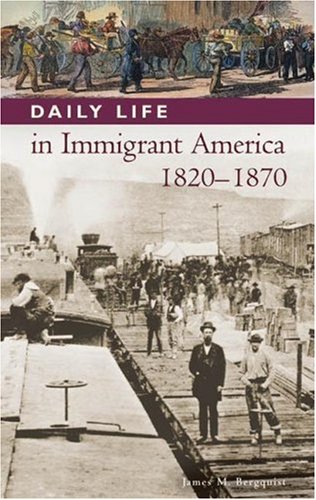 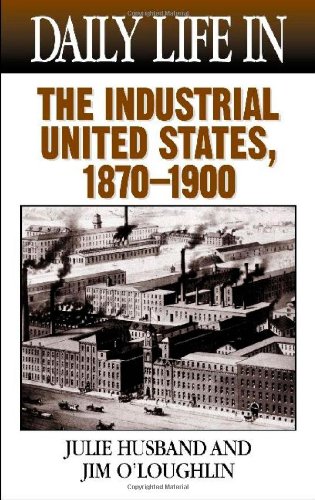 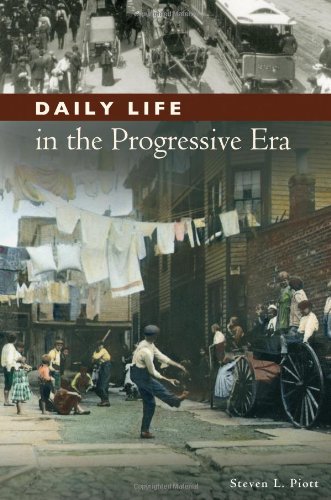 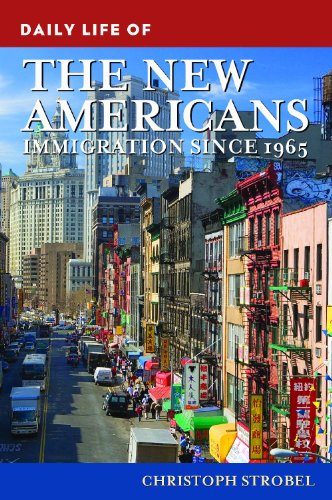 Daily Life of the New Americans. Immigration since 1965.pdf
1.81 MB
Please Share This
Related Posts
Many magazines
on the
→ MAGAZINELIB.COM
Book for today - 2019-2022