In Empires of the Sea and City of Fortune, New York Times bestselling author Roger Crowley established himself as our generation’s preeminent historian of the great European seafaring empires, and the go-to author for post-Crusade clashes of East and West. Now, in Conquerors, Crowley gives us the epic story of the emergence of Portugal, a small, poor nation that enjoyed a century of maritime supremacy thanks to the daring and navigational skill of its explorers—a tactical advantage no other country could match. Portugal’s discovery of a sea route to India, campaign of imperial conquest over Muslim rulers, and domination of the spice trade would forever disrupt the Mediterranean and build the first global economy.

Crowley relies on letters and eyewitness testimony to tell the story of tiny Portugal’s rapid and breathtaking rise to power. Conquerors reveals the Império Português in all of its splendor and ferocity, bringing to life the personalities of the enterprising and fanatical house of Aviz. Figures such as King Manuel “the Fortunate,” João II “the Perfect Prince,” marauding governor Afonso de Albuquerque, and explorer Vasco da Gama juggled their private ambitions and the public aims of the empire, often suffering astonishing losses in pursuit of a global fortune. Also central to the story of Portugal’s ascent was its drive to eradicate Islamic culture and establish a Christian empire in the Indian Ocean. Portuguese explorers pushed deep into the African continent in search of the mythical Christian king Prester John, and they ruthlessly besieged Indian port cities in their attempts to monopolize trade.

The discovery of a route to India around the horn of Africa was not only a brilliant breakthrough in navigation but heralded a complete upset of the world order. For the next century, no European empire was more ambitious, no rulers more rapacious than the kings of Portugal. In the process they created the first long-range maritime empire and set in motion the forces of globalization that now shape our world. At Crowley’s hand, the complete story of the Portuguese empire and the human cost of its ambition can finally be told.

A History of Portuguese Overseas Expansion 1400-1668 provides an accessible survey of how the Portuguese became so influential during this period and how Portuguese settlements were founded in areas as far flung as Asia, Africa and South America.

Malyn Newitt examines how the ideas and institutions of a late medieval society were deployed to aid expansion into Africa and the Atlantic islands, as well as how, through rivalry with Castile, this grew into a worldwide commercial enterprise. Finally, he considers how resilient the Portuguese overseas communities were, surviving wars and natural disasters, and fending off attacks by the more heavily armed English and Dutch invaders until well into the 1600s.

Including a detailed bibliography and glossary, A History of Portuguese Overseas Expansion 1400-1668 is an invaluable textbook for all those studying this fascinating period of European expansion.

In 1498 a young captain sailed from Portugal, circumnavigated Africa, crossed the Indian Ocean, and discovered the sea route to the Indies and, with it, access to the fabled wealth of the East. It was the longest voyage known to history. The little ships were pushed beyond their limits, and their crews were racked by storms and devastated by disease. However, their greatest enemy was neither nature nor even the sheer dread of venturing into unknown worlds that existed on maps populated by coiled, toothy sea monsters. With bloodred Crusader crosses emblazoned on their sails, the explorers arrived in the heart of the Muslim East at a time when the old hostilities between Christianity and Islam had risen to a new level of intensity. In two voyages that spanned six years, Vasco da Gama would fight a running sea battle that would ultimately change the fate of three continents.

An epic tale of spies, intrigue, and treachery; of bravado, brinkmanship, and confused and often comical collisions between cultures encountering one another for the first time; Holy War also offers a surprising new interpretation of the broad sweep of history. Identifying Vasco da Gama’s arrival in the East as a turning point in the centuries-old struggle between Islam and Christianity—one that continues to shape our world—Holy War reveals the unexpected truth that both Vasco da Gama and his archrival, Christopher Columbus, set sail with the clear purpose of launching a Crusade whose objective was to reach the Indies; seize control of its markets in spices, silks, and precious gems from Muslim traders; and claim for Portugal or Spain, respectively, all the territories they discovered. Vasco da Gama triumphed in his mission and drew a dividing line between the Muslim and Christian eras of history—what we in the West call the medieval and the modern ages. Now that the world is once again tipping back East, Holy War offers a key to understanding age-old religious and cultural rivalries resurgent today.

Portugal, a tiny nation with around a million inhabitants, created a world empire between the fifteenth and seventeenth centuries which left vestiges in Africa and Asia as late as the 1970s. To illuminate the Asian dimension of this empire — to show how it came into being and how it changed over time — Dr Subrahmanyam explores the interaction of international and local factors in Europe, Asia and East Africa alike. This is a major contribution to the early modern history of Asia, as well as to the study of European expansion.

From humble beginnings, in the course of three centuries the Portuguese built the world’s first truly global empire, stretching from modern Brazil to sub-Saharan Africa and from India to the East Indies (Indonesia). Portugal had established its present-day borders by 1300 and the following century saw extensive warfare that confirmed Portugal’s independence and allowed it to aspire to maritime expansion, sponsored by monarchs such as Prince Henry the Navigator. During this nearly 300-year period, the Portuguese fought alongside other Iberian forces against the Moors of Andalusia; with English help successfully repelled a Castilian invasion (1385); fought the Moors in Morocco, and Africans, the Ottoman Turks, and the Spanish in colonial competition. The colourful and exotic Portuguese forces that prevailed in these battles on land and sea are the subject of this book. 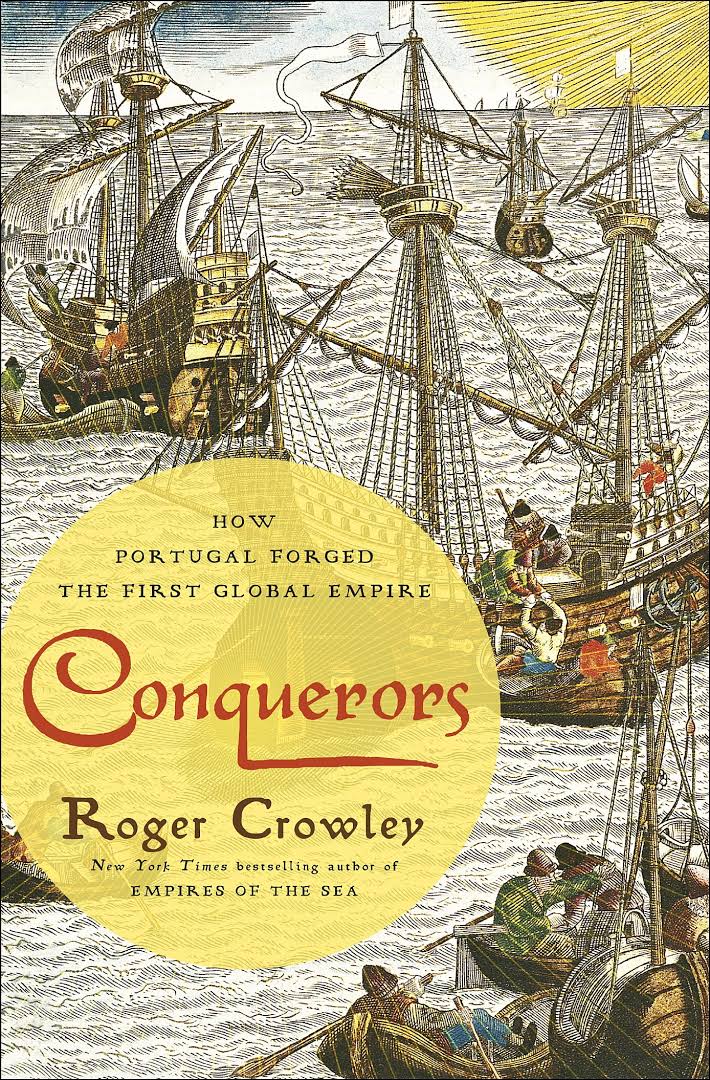 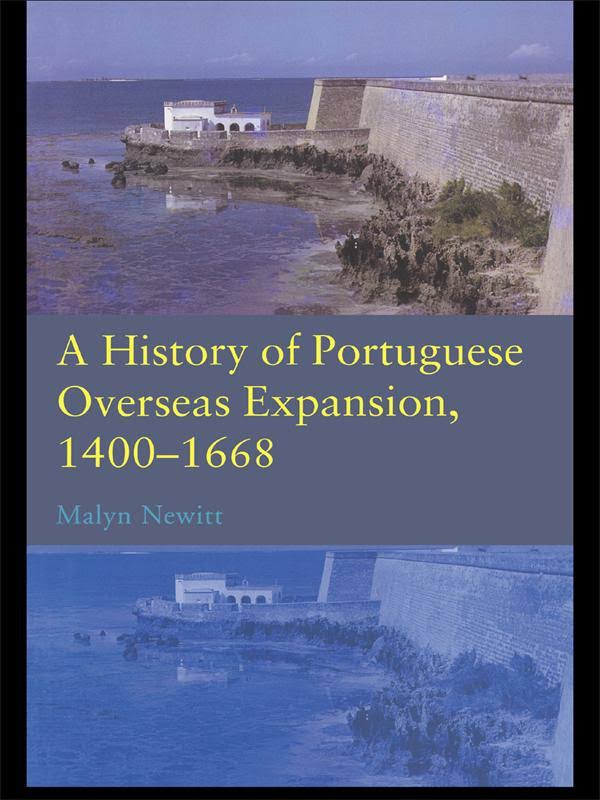 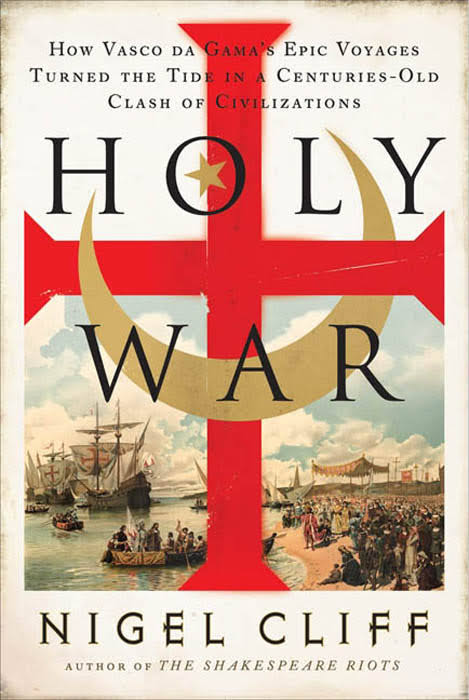 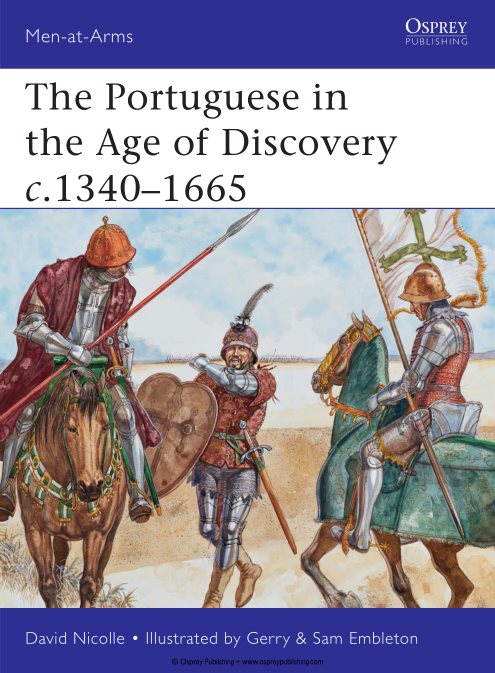