Acclaimed around the world and a national best-seller, this is the definitive work on Che Guevara, the dashing rebel whose epic dream was to end poverty and injustice in Latin America and the developing world through armed revolution. Jon Lee Anderson’s biography traces Che’s extraordinary life, from his comfortable Argentine upbringing to the battlefields of the Cuban revolution, from the halls of power in Castro’s government to his failed campaign in the Congo and assassination in the Bolivian jungle.

Anderson has had unprecedented access to the personal archives maintained by Guevara’s widow and carefully guarded Cuban government documents. He has conducted extensive interviews with Che’s comrades—some of whom speak here for the first time—and with the CIA men and Bolivian officers who hunted him down. Anderson broke the story of where Guevara’s body was buried, which led to the exhumation and state burial of the bones. Many of the details of Che’s life have long been cloaked in secrecy and intrigue. Meticulously researched and full of exclusive information, Che Guevara illuminates as never before this mythic figure who embodied the high-water mark of revolutionary communism as a force in history.

The magisterial and authoritative biography of one of the towering and mysterious figures of the twentieth century.

Ho Chi Minh’s epic life helped shape the twentieth century. But never before has he been the subject of a major biography. Now William Duiker has compiled an astonishing work of history that fills this immense void.

To grasp the complicated causes and consequences of the Vietnam War, one must understand the extraordinary life of Ho Chi Minh, the man generally recognized as the father of modern Vietnam. Duiker provides startling insights into Ho’s true motivation, as well as into the Soviet and Chinese roles in the Vietnam War.

This landmark biography reveals the life of one of the most powerful figures of the Cold War era. Josip Broz (1892–1980), nicknamed Tito, led Yugoslavia for nearly four decades with charisma, cunning, and an iron fist.

With his Partisans he fought Hitler during World War II, and after the war he shrewdly resisted the Soviet Union’s grasp. A leader of the non-aligned nations, he long enjoyed a reputation in the West as “the only good Communist” despite a dubious human rights record at home. Jože Pirjevec employs impressive research from archives in eight languages to offer this illuminating, definitive portrait of a complex man in turbulent times.

Pirjevec recounts how Tito, with little schooling but an astute intellect and driving ambition, rose through Communist Party ranks to shape and rule the Yugoslav federation. Surviving multiple assassination attempts by Nazis, Soviet spies, and others, Tito boldly threatened Stalin in return and may have, Pirjevec reveals, contrived Stalin’s death. The narrative follows Tito’s personal and political life into old age, as the specter of a Soviet invasion haunted him until his death at age eighty-seven. Available in English for the first time, this edition includes new material from Pirjevec and a foreword by Emily Greble.

Under the Loving Care of the Fatherly Leader offers in-depth portraits of North Korea’s two ruthless and bizarrely Orwellian leaders, Kim Il-Sung and Kim Jong-Il. Lifting North Korea’s curtain of self-imposed isolation, this book will take readers inside a society, that to a Westerner, will appear to be from another planet. Subsisting on a diet short on food grains and long on lies, North Koreans have been indoctrinated from birth to follow unquestioningly a father-son team of megalomaniacs.

To North Koreans, the Kims are more than just leaders. Kim Il-Sung is the country’s leading novelist, philosopher, historian, educator, designer, literary critic, architect, general, farmer, and ping-pong trainer. Radios are made so they can only be tuned to the official state frequency. “Newspapers” are filled with endless columns of Kim speeches and propaganda. And instead of Christmas, North Koreans celebrate Kim’s birthday–and he presents each child a present, just like Santa.

The regime that the Kim Dynasty has built remains technically at war with the United States nearly a half century after the armistice that halted actual fighting in the Korean War. This fascinating and complete history takes full advantage of a great deal of source material that has only recently become available (some from archives in Moscow and Beijing), and brings the reader up to the tensions of the current day. For as this book will explain, North Korea appears more and more to be the greatest threat among the Axis of Evil countries–with some defector testimony warning that Kim Jong-Il has enough chemical weapons to wipe out the entire population of South Korea.

Few political figures of the twentieth century have aroused as much passion, controversy, and curiosity as Leon Trotsky. Trotsky was that rare combination of the man of ideas and the man of action. His role in history—his epic rise and fall, his fiery persona, his violent end in Mexico in August 1940—holds a fascination that transcends the history of the Russian Revolution. Based on extensive firsthand research, this groundbreaking biography examines Trotsky’s remarkable life from the perspective of his last exile in Mexico. Bertrand M. Patenaude masterfully interweaves the story of Trotsky’s final years in Mexico with flashbacks to pivotal episodes in his career as a young Marxist, revolutionary hero, Red Army chief, Bolshevik leader, outcast from Stalin’s USSR, and ultimately heretic of the Kremlin, targeted for assassination by its secret police. He vividly recounts the contentious Dewey Commission hearings and the passionate debates among liberals and Communists in the United States and Europe over the Moscow Trials and the charges made against Trotsky. Drawing on Trotsky’s private correspondence and diaries, as well as the testimonies of his American bodyguards and secretaries, Patenaude sheds new light on Trotsky’s tumultuous friendship with painter Diego Rivera; his affair with Rivera’s wife, Frida Kahlo; and his torment as his family and comrades became victims of the Great Terror. Patenaude also turns to KGB files to document Stalin’s efforts to eliminate the man he considered his nemesis—including a failed commando raid on Trotsky’s home three months before his death. Gripping and tragic, Trotsky brilliantly illuminates the fateful and dramatic life of one of history’s most captivating and important figures. 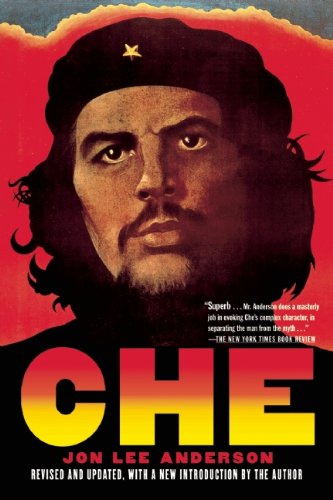 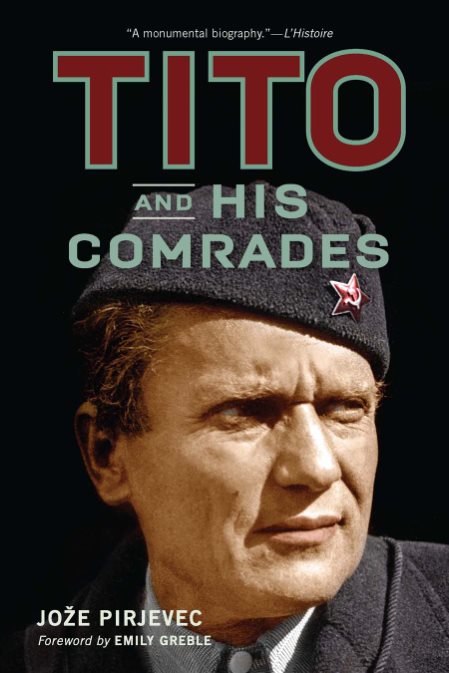 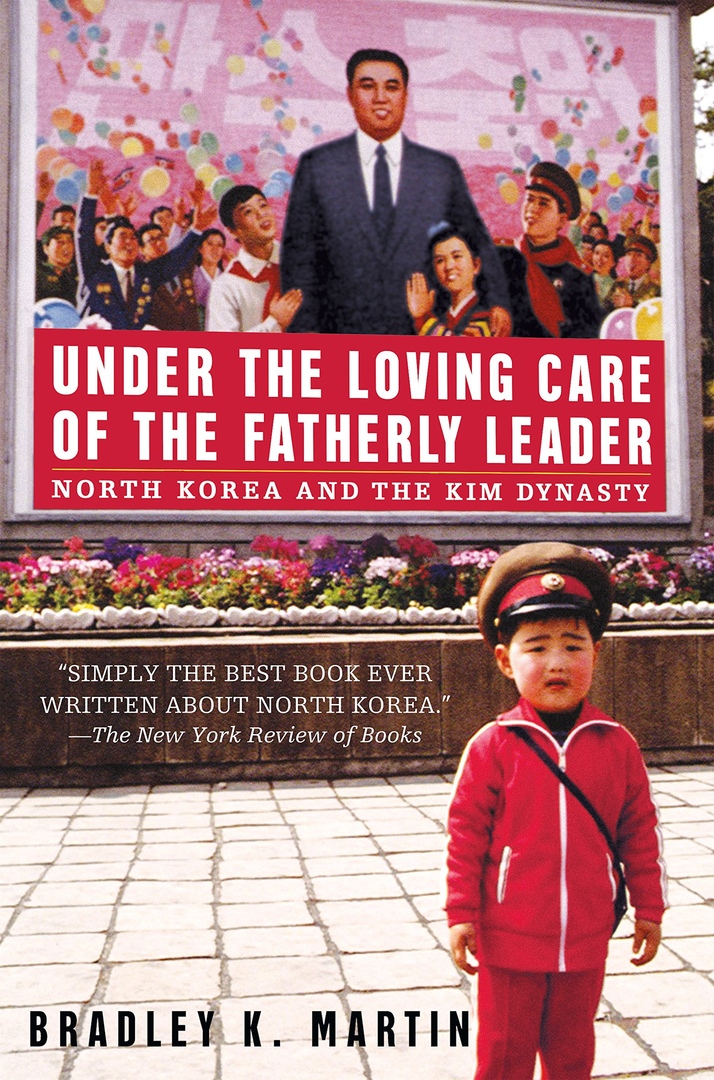 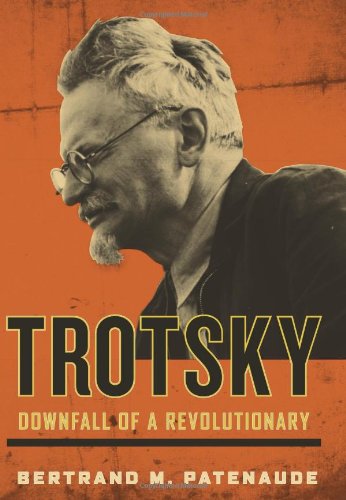 Trotsky. Downfall of a Revolutionary.epub
713.00 KB
Please Share This
Related Posts
Many magazines
on the
→ MAGAZINELIB.COM
Book for today - 2019-2022