• The Cambridge History of Japan: 6 Volumes •

Japan’s ancient age was a period of radical and political change during which a Chinese-style empire emerged. This volume of The Cambridge History of Japan spans the beginnings of human existence to the end of the eighth century, focusing on the thousand years between 300 B.C. and 784, the end of the fabulous Nara period. The volume explores this period in four stages: (1) The Yayoi period (to about 250 A.D.) when small kingdoms and kingdom federations accumulated enough power to dispatch diplomatic missions to Korea and China; (2) the Yamato period (to 587) when priestly rulers, having gained economic and military power, conquered most of Japan; (3) the Century of Reform (to 710) when Japanese leaders, pressed by China’s expanding T’ang empire, set out to build a strong Chinese-style empire of their own; (4) the Nara period (to 784) when spectacular literary, artistic, architectural, and religious advances were made.

This volume provides the most comprehensive treatment of the Heian period, the golden age of the Japanese imperial court, in any Western language. From 794 to 1185, the Japanese emperor ruled over an elaborate government modeled on China’s. Native Japanese elements blended with Chinese influences in religion and the courtly arts. The world’s first novel was completed about 1020. In 1185 the elegant and peaceful world of the court was shattered by the struggle of the Taira and Minamoto warrior clans, who usurped real political power.

This third volume in The Cambridge History of Japan is devoted to the three and a half centuries spanning the final decades of the twelfth century when the Kamakura bakufu was founded, to the mid-sixteenth century when civil wars raged following the effective demise of the Muromachi bakufu. Volume 3 contains thirteen specially commissioned essays written by leading Japanese and American scholars that survey the historical events and developments in medieval Japan’s polity, economy, society, and culture, as well as its relations with its Asian neighbors. The essays reflect the most recent scholarly research on the history of this period. The volume creates a rich tapestry of the events that took place during these colorful centuries, when the warrior class ruled Japan, institutions underwent fundamental transformations, the economy grew steadily, and Japanese culture and society evolved with surprising vitality to leave legacies that still characterize and affect contemporary Japan.

This is the fourth of six volumes designed to explore the history of Japan from prehistoric to modern times. Volume 4 roughly covers the years from 1550 to 1800, a short but surprisingly eventful period in Japanese history commonly referred to as Japan’s Early Modern Age. At the start, much of the country was being pulled apart by local military lords engaged in a struggle for land and local hegemony. These daimyo succeeded in dividing Japan into nearly autonomous regional domains. Before the end of the seventeenth century, however, the daimyo in turn were subjected to a powerful unification movement led by three colorful figures, Nobunaga, Hideyoshi, and Ieyasu. It was under Tokugawa Ieyasu, the last of the unifiers, that Japan was brought together under a single powerful command vested in the office of shogun. The Tokugawa hegemony lasted until 1868 when it was brought down by the Meiji Restoration. This volume attempts to flesh out the historical tale with insights into the way that people lived and worked. It examines the relationship between peasant and local lord, and between the lord, as a unit of local government, and the emerging shogunate. It offers new insights into the evolution of indigenous thought and religion and it also deals with Japan’s foreign relations, particularly the impact of the Christian missionary movement. Each of these themes is examined by thirteen distinguished Japanese and American scholars.

This volume in The Cambridge History of Japan provides the most comprehensive account available in any Western language of Japan’s transformation from a feudal society to a modern nation state. Volume 5 traces the roots and the course of political, social, and institutional change that took place in Japan from late Tokugawa times to the early twentieth century. The interrelated collection of authoritative and analytical essays by specialists in the history of nineteenth century Japan discuss the fissures in late feudal society, the impact of and response to the Western world, the overthrow of the shogunal government, and the revolutionary changes that were instituted as defensive measures to strengthen the country against what seemed a dangerous competition with the Western world.

This first volume to be published in The Cambridge History of Japan provides a general introduction to Japan’s history during the first three quarters of the twentieth century. Leading historians have contributed essays, based on recent Western and Japanese scholarship, that present an overview of Japan’s political development, external relations, economic growth, and social and intellectual trends. 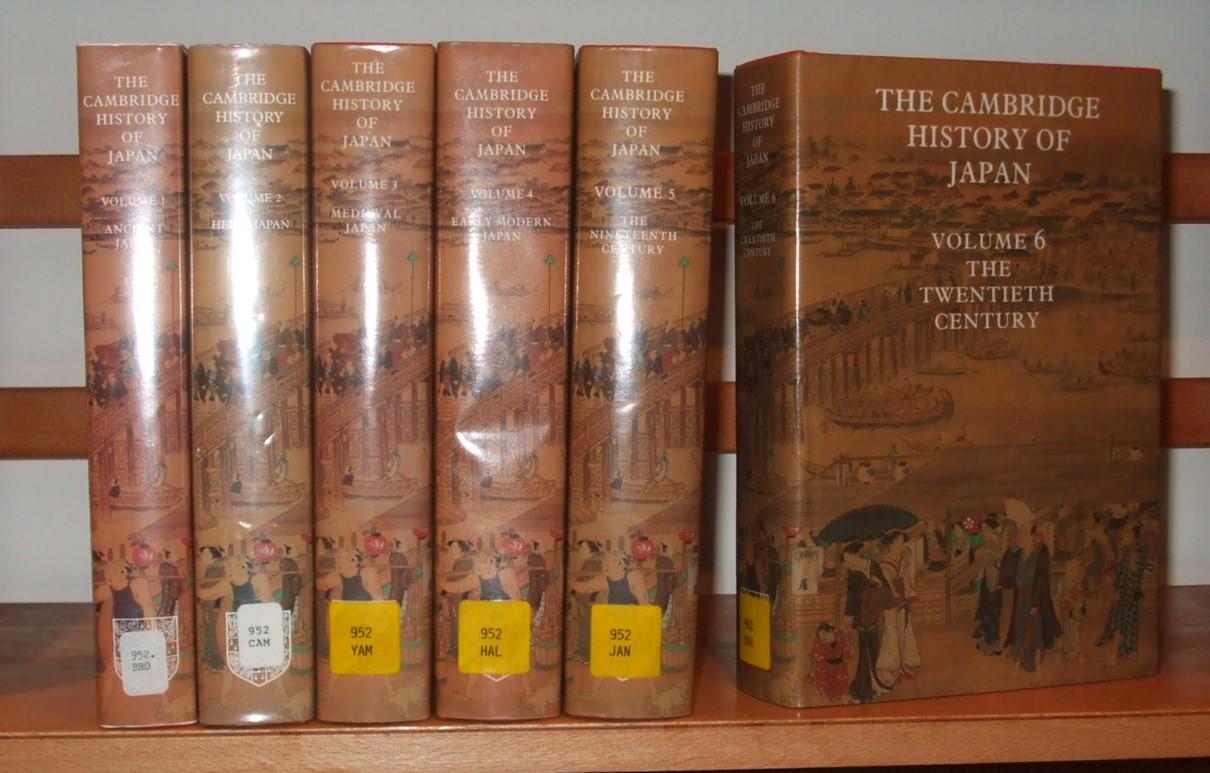 V6 - The Twentieth Century.pdf
14.82 MB
Please Share This
Related Posts
Many magazines
on the
→ MAGAZINELIB.COM
Book for today - 2019