Worst Ideas Ever: A Celebration of Embarrassment

From memorable disasters such as New Coke, the XFL, and Tiger Woods’ marriage to less-remembered failures such as Yugo, Cop Rock, and Microsoft’s BOB, Worst Ideas Ever revisits history’s biggest blunders. Whether it’s a pop culture failure the likes of Dennis Miller’s disastrous run on Monday Night Football, a political one such as John Edwards’ odd decision to run for president while cheating on his cancer-stricken wife, or a technological misstep such as Apple’s Newton OS, Worst Ideas Ever uncovers the ridiculous stories behind mistakes so huge, you’ll have to constantly remind yourself that they actually happened.

Moving from Mariah Carey’s “performance” in Glitter to the Minnesota Vikings decision to trade away their future for an aging Herschel Walker, Worst Ideas Ever offers the real stories behind some of the dumbest things ever done. Whether it was ego (Michael Jordan leaving basketball for baseball), greed (nobody questioning their impossibly high returns when investing with Bernie Madoff) or simple stupidity ( Jay Leno moving to 10 p.m.), Worst Ideas Ever brings it all back in hilarious detail. 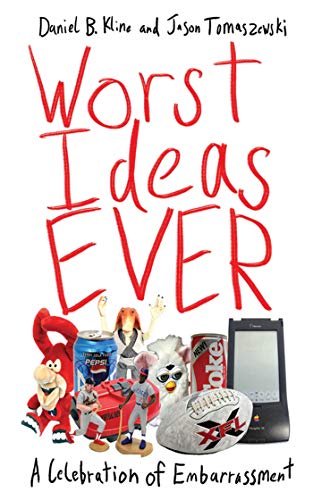 Worst Ideas Ever A Celebration of Embarrassment.epub
16.15 MB
Please Share This
Related Posts
Many magazines
on the
→ MAGAZINELIB.COM
Book for today - 2019-2022