The best of Chuck Palahniuk

1. Choke
Victor Mancini, a medical-school dropout, is an antihero for our deranged times. Needing to pay elder care for his mother, Victor has devised an ingenious scam: he pretends to choke on pieces of food while dining in upscale restaurants. He then allows himself to be “saved” by fellow patrons who, feeling responsible for Victor’s life, go on to send checks to support him. When he’s not pulling this stunt, Victor cruises sexual addiction recovery workshops for action, visits his addled mom, and spends his days working at a colonial theme park. His creator, Chuck Palahniuk, is the visionary we need and the satirist we deserve.

2. Damned
It is based on the structure of Judy Blume novels, particularly “Are You There God? It’s Me, Margaret”. The author has described the novel as “if The Shawshank Redemption had a baby by The Lovely Bones and it was raised by Judy Blume.” and “it’s kind of like The Breakfast Club set in Hell.” Palahniuk said the novel was written as a way to deal with the death of his mother from breast cancer in 2009

3. Doomed
Madison Spencer, the liveliest and snarkiest dead girl in the universe, continues the afterlife adventure begun in Chuck Palahniuk’s bestseller Damned. Just as that novel brought us a brilliant Hell that only he could imagine, Doomed is a dark and twisted apocalyptic vision from this provocative storyteller.

4. Fight Club
In his debut novel, Chuck Palahniuk showed himself to be his generation’s most visionary satirist. Fight Club’s estranged narrator leaves his lackluster job when he comes under the thrall of Tyler Durden, an enigmatic young man who holds secret boxing matches in the basement of bars. There two men fight “as long as they have to.” A gloriously original work that exposes what is at the core of our modern world

5. Invisible Monsters
She’s a fashion model who has everything: a boyfriend, a career, a loyal best friend. But when a sudden freeway “accident” leaves her disfigured and incapable of speech, she goes from being the beautiful center of attention to being an invisible monster, so hideous that no one will acknowledge that she exists. Enter Brandy Alexander, Queen Supreme, one operation away from becoming a real woman, who will teach her that reinventing yourself means erasing your past and making up something better. And that salvation hides in the last places you’ll ever want to look

6. Lullaby
The consequences of media saturation are the basis for an urban nightmare in Lullaby, Chuck Palahniuk’s darkly comic and often dazzling thriller. Assigned to write a series of feature articles investigating SIDS, troubled newspaper reporter Carl Streator begins to notice a pattern among the cases he encounters: each child was read the same poem prior to his or her death. His research and a tip from a necrophilic paramedic lead him to Helen Hoover Boyle, a real estate agent who sells “distressed” (demonized) homes, assured of their instant turnover. Boyle and Streator have both lost children to “crib death,” and she confirms Streator’s suspicions: the poem is an ancient lullaby or “culling song” that is lethal if spoken – or even thought – in a victim’s direction. The misanthropic Streator, now armed with a deadly and uncontrollably catchy tune, goes on a minor killing spree until he recognizes his crimes and the song’s devastating potential. Lullaby then turns into something of a road trip narrative, with Streator, Boyle, her empty-headed Wiccan secretary Mona, and Mona’s vigilante boyfriend Oyster setting out across the U.S. to track down and destroy all copies of the poem.

8. Survivor
Some say that the apocalypse swiftly approacheth, but that simply ain’t so according to Chuck Palahniuk. Oh no. It’s already here, living in the head of the guy who just crossed the street in front of you, or maybe even closer than that.

9. Tell All
For decades Hazie Coogan has tended to the outsized needs of Katherine “Miss Kathie” Kenton, veteran of multiple marriages, career comebacks, and cosmetic surgeries. But danger arrives with gentleman caller Webster Carlton Westward III, who worms his way into Miss Kathie’s heart—and boudoir. Soon, Hazie discovers that this bounder has already written a celebrity memoir foretelling Miss Kathie’s death in an upcoming musical extravaganza. As the body count mounts, Hazie must execute a plan to save Katherine Kenton for her fans and for posterity. 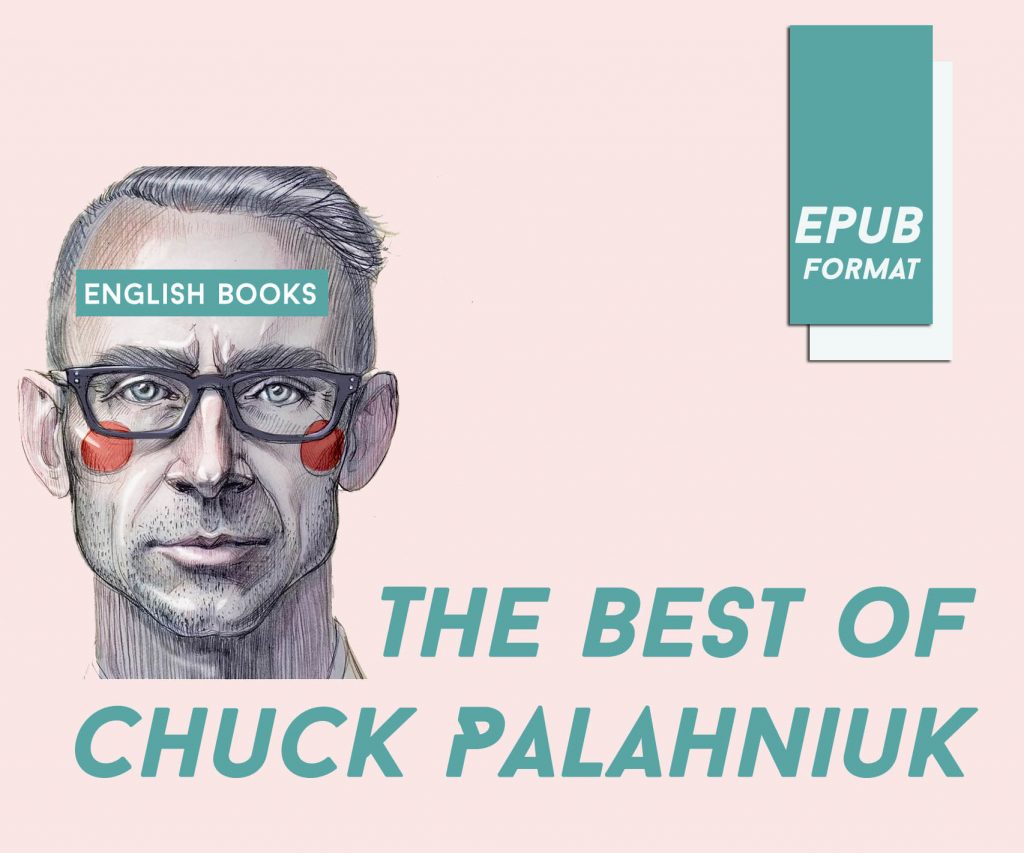 Tell All.epub
266.90 KB
Please Share This
Related Posts
Many magazines
on the
→ MAGAZINELIB.COM
Book for today - 2019