Description:In the opinion of many critics and admirers of creativity of the artist, «Michael Jackson: The Magic, The Madness, The Whole Story, 1958-2009» – one of the notable books ever written about Michael Jackson. The basis of the book is a unique study of the life of Michael Jackson, conducted by Randy Taraborrelli , and hundreds of interviews with people from the nearest environment of the artist, and with himself. For the first time the book was published in 1991 under the name of “Michael Jackson: The Magic and the Madness”, republished and amended in 2003 and 2004, under the same name. In 2009, after the death of the King of pop, was written as the “Michael Jackson : The Magic, the Madness, the Whole Story”.

Michael Jackson was the brightest and most charismatic star of modernity, a brilliant musician and a dancer, and together with the mysterious and sometimes very strange person. In the last years of his name is associated with scandals, rather than with the musical achievements, but in the history of pop music he always took his place in the триумвирате of the great idols beside Frank Синатрой and Elvis Presley. His unique image – the black felt hat and a white glove on his right hand, his unique contributions to music and dance, as well as the very public personal life made him a Central figure in modern pop culture. A difficult destiny, the nature of the finished misanthrope, all well-known oddities and quirks… But, in spite of the dirty scandals around the name of the singer, his painful extravagance, the world appreciates Michael Jackson for the music, which he created over the past four decades. 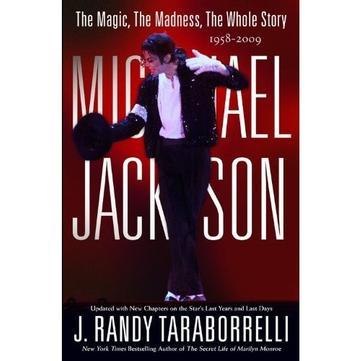