Description: Fraa Erasmas is a young avout living in the Concent of Saunt Edhar, a sanctuary for mathematicians, scientists, and philosophers, protected from the corrupting influences of the outside “saecular” world by ancient stone, honored traditions, and complex rituals. Over the centuries, cities and governments have risen and fallen beyond the concent’s walls. Three times during history’s darkest epochs violence born of superstition and ignorance has invaded and devastated the cloistered mathic community. Yet the avout have always managed to adapt in the wake of catastrophe, becoming out of necessity even more austere and less dependent on technology and material things. And Erasmas has no fear of the outside—the Extramuros—for the last of the terrible times was long, long ago. 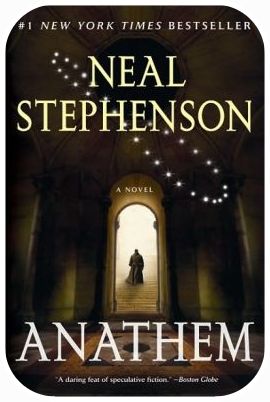 Anathem.txt
1.79 MB
Please Share This
Related Posts
Many magazines
on the
→ MAGAZINELIB.COM
Book for today - 2019-2022