Stephen King – The Dark Tower 4.5 – The Wind Through the Keyhole

In his New York Times bestselling The Wind Through the Keyhole, Stephen King returns to the spectacular territory of the Dark Tower fantasy saga to tell a story about gunslinger Roland Deschain in his early days—The Dark Tower is soon to be a major motion picture from Dreamworks starring Idris Elba as Roland and Matthew McConaughey as The Man in Black.

The Wind Through the Keyhole is a sparkling contribution to the series that can be placed between Dark Tower IV and Dark Tower V. This Russian doll of a novel, a story within a story within a story, visits Roland and his ka-tet as a ferocious, frigid storm halts their progress along the Path of the Beam. Roland tells a tale from his early days as a gunslinger, in the guilt-ridden year following his mother’s death. Sent by his father to investigate evidence of a murderous shape-shifter, Roland takes charge of Bill Streeter, a brave but terrified boy who is the sole surviving witness to the beast’s most recent slaughter. Roland, himself only a teenager, calms the boy by reciting a story from the Book of Eld that his mother used to read to him at bedtime, “The Wind through the Keyhole.” “A person’s never too old for stories,” he says to Bill. “Man and boy, girl and woman, we live for them.” 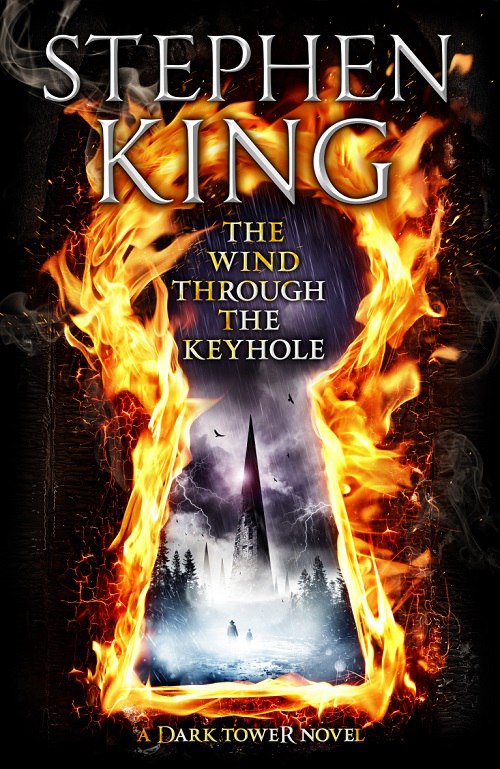 The_Wind_Through_the_Keyhole_Stephen_King.epub
474.44 KB
Please Share This
Related Posts
Many magazines
on the
→ MAGAZINELIB.COM
Book for today - 2019-2022