Dig Buckley is the dependable son, honest and hard-working. But after a tragic accident, he is unnerved by his dad’s dying words.

Without his father, it falls to Dig and his belligerent brother Jake to put aside their differences and get the successful family brewery running again—or their mother will be forced into bankruptcy and lose the family home.

The Buckley Brewery makes Australia’s most popular craft beer—but there’s a catch. The recipe is based on a unique hop sourced from a secretive supplier in India. And when the supplier hears of Dig’s father’s death, they shut down deliveries and threaten to silence the family.

Why is the mysterious group acting so aggressively? Was there a hidden side to their father’s business? Is there another reason the beer is so popular?
Dig is forced to travel to India to try to track the supplier down. He embarks on a challenging journey across the Indian countryside, unravelling a complicated history as he fights for his family and comes to terms with his father’s death. 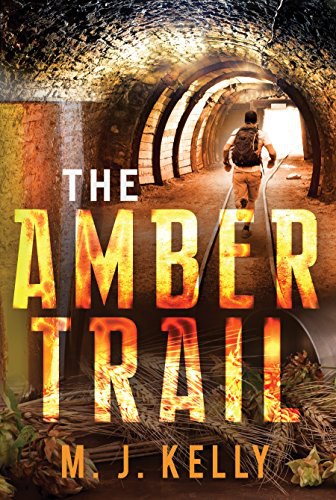 M J Kelly - The Amber Trail.pdf
1.78 MB
Please Share This
Related Posts
Many magazines
on the
→ MAGAZINELIB.COM
Book for today - 2019