Jones’s brief and bewildering war fable pursues the plight of a town battling to free itself from the brutal hold of the month of February (also sometimes a person or a force or merely a metaphor), a meanie that has not allowed its wintry grip to lift for hundreds of days. When the despairing townspeople, led by valiant Thaddeus Lowe and his wife and daughter, suffer reprisals from February and the priests for trying to break the weather, a group of former balloonists don bird masks and, calling themselves the Solution, instigate a rebellion. Thaddeus’s daughter, Bianca, is kidnapped, along with other children, leading Thaddeus to plot ways to deceive February: townspeople walk around pretending it’s summer and secure light boxes around their heads to simulate the sun. February, meanwhile, may simply be feeling unloved by his wife, the girl who smells of honey and smoke and who seems eerily like Bianca. It’s a quaint and bizarre allegory that explores the perils of equivocation, but it’s likely more pleased with its own cleverness than readers will be. 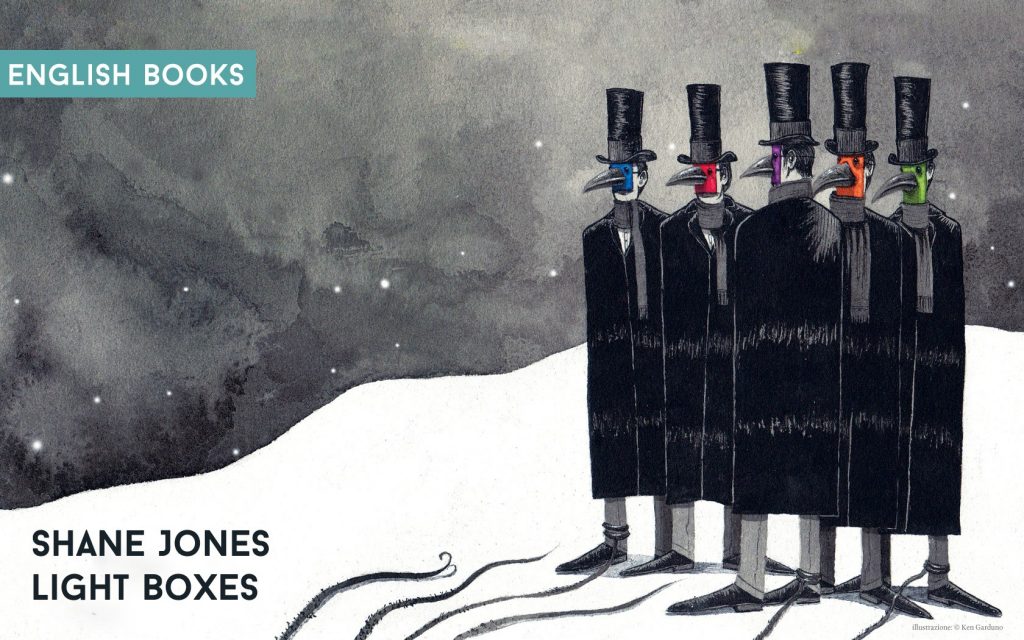 Light Boxes.txt
107.73 KB
Please Share This
Related Posts
Many magazines
on the
→ MAGAZINELIB.COM
Book for today - 2019