Sam Carrington – I Dare You

Mapledon, 1989
Two little girls were out playing a game of dares. Only one returned home.
The ten-year-old told police what she saw: village loner Bill ‘Creepy’ Cawley dragged her friend into his truck and disappeared.
No body was found, but her testimony sent Cawley to prison for murder. An open and shut case, the right man behind bars.
The village could sleep safe once again.

Now…
Anna thought she had left Mapledon and her nightmares behind but a distraught phone call brings her back to face her past.
30 years ago, someone lied. 30 years ago, the man convicted wasn’t the only guilty party.
Now he’s out of prison and looking for revenge. The question is, who will he start with? 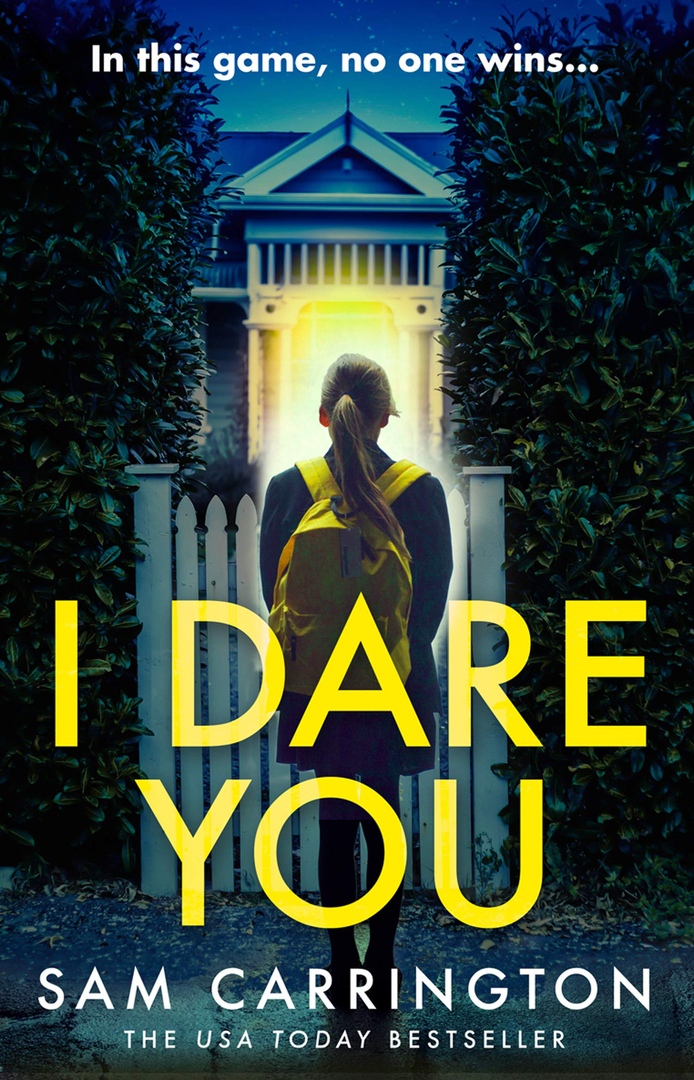