Prussia, like much of nineteenth-century Germany, was governed by the belief that knowledge, and thus understanding, was best derived from direct observation and communicated through documentation. Justus Scheibert, an officer in the Royal Prussian Engineers, was therefore sent to the United States for seven months to observe the Civil War and report the effects of artillery on fortifications. His interests, however, surpassed that limited assignment, and his observations, as well as the writings translated in this work, went on to include tactics, strategy, logistics, intelligence, combined operations, and the medical service.

Scheibert, an expert on warfare, had access to the Confederate high command, including such luminaries as Robert E. Lee, J.E.B. Stuart, and Stonewall Jackson. He brought to the war not only the fresh perspective of a foreigner, but also the insightful eye of a career military officer and a skillful author and correspondent. Although he was personally sympathetic to the South, Scheibert researched both sides of the conflict in order to write unbiased, informed commentary for his fellow Prussian officers. His firsthand account of many aspects of the Civil War included a theoretical discussion of every branch of service and the Confederate high command, illustrated with his personal observations.

Sheibert’s narrative portrays soldiers, weaponry, and battles, including the first, and one of the few, studies of combined operations in the Civil War. Trautmann combines two of Scheibert’s publications, The Civil War in the North American States: A Military Study for the German Officer (1874) and Combined Operations by Army and Navy: A Study Illustrated by the War on the Mississippi, 1861-1863 (ca. 1887), which for decades influenced German military writing. Trautmann’s translations evince the grace and achieve the readability of Scheibert’s intricate and complex works.

A Prussian Observes the American Civil War makes an important addition to Civil War studies and will appeal greatly to professional historians and those interested in, and dedicated to, Civil War and military studies. 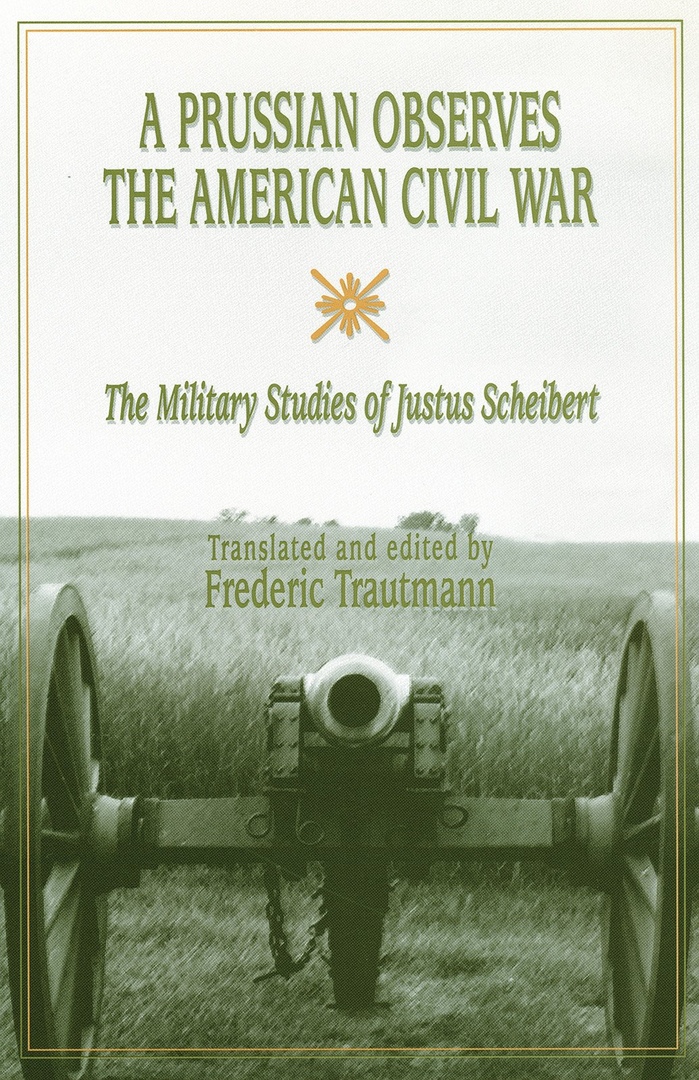