A tour de force of historical reportage, America’s Bank illuminates the tumultuous era and remarkable personalities that spurred the unlikely birth of America’s modern central bank, the Federal Reserve. Today, the Fed is the bedrock of the financial landscape, yet the fight to create it was so protracted and divisive that it seems a small miracle that it was ever established.

For nearly a century, America, alone among developed nations, refused to consider any central or organizing agency in its financial system. Americans’ mistrust of big government and of big banks—a legacy of the country’s Jeffersonian, small-government traditions—was so widespread that modernizing reform was deemed impossible. Each bank was left to stand on its own, with no central reserve or lender of last resort. The real-world consequences of this chaotic and provincial system were frequent financial panics, bank runs, money shortages, and depressions. By the first decade of the twentieth century, it had become plain that the outmoded banking system was ill equipped to finance America’s burgeoning industry. But political will for reform was lacking. It took an economic meltdown, a high-level tour of Europe, and—improbably—a conspiratorial effort by vilified captains of Wall Street to overcome popular resistance. Finally, in 1913, Congress conceived a federalist and quintessentially American solution to the conflict that had divided bankers, farmers, populists, and ordinary Americans, and enacted the landmark Federal Reserve Act. 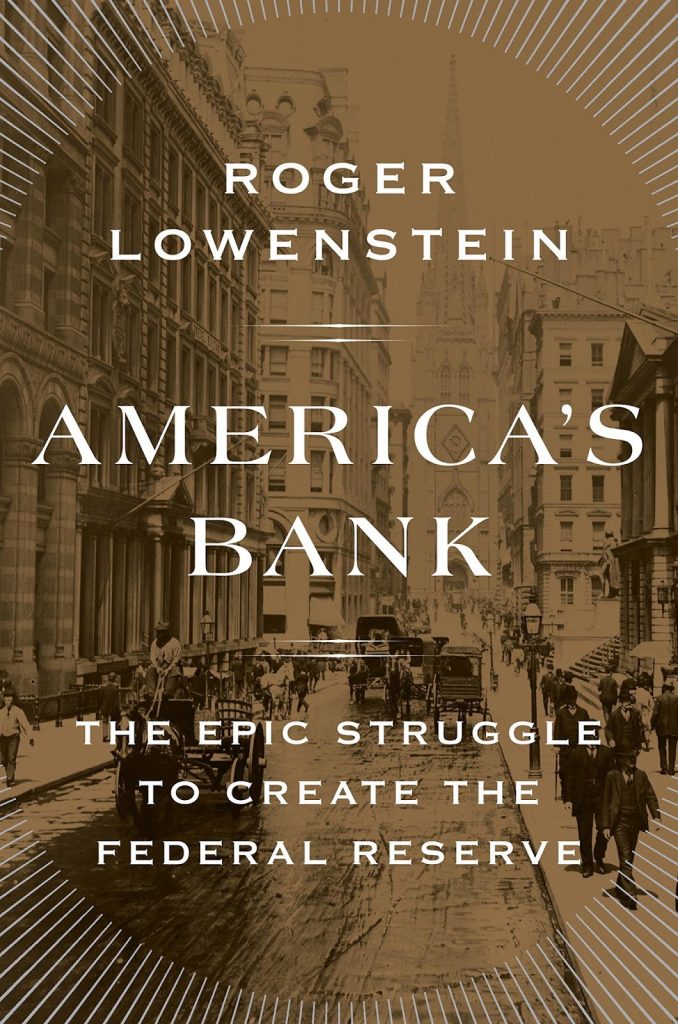 AmericasBank.epub
5.44 MB
Please Share This
Related Posts
Many magazines
on the
→ MAGAZINELIB.COM
Book for today - 2019-2022