Joel Stein – In Defense of Elitism

The night Donald Trump won the presidency, our author Joel Stein, Thurber Prize finalist and former staff writer for Time Magazine, instantly knew why. The main reason wasn’t economic anxiety or racism. It was that he was anti-elitist. Hillary Clinton represented Wall Street, academics, policy papers, Davos, international treaties and the people who think they’re better than you. People like Joel Stein. Trump represented something far more appealing, which was beating up people like Joel Stein.

In a full-throated defense of academia, the mainstream press, medium-rare steak, and civility, Joel Stein fights against populism. He fears a new tribal elite is coming to replace him, one that will fend off expertise of all kinds and send the country hurtling backward to a time of wars, economic stagnation and the well-done steaks doused with ketchup that Trump eats.

To find out how this shift happened and what can be done, Stein spends a week in Roberts County, Texas, which had the highest percentage of Trump voters in the country. He goes to the home of Trump-loving Dilbert cartoonist Scott Adams; meets people who create fake news; and finds the new elitist organizations merging both right and left to fight the populists. All the while using the biggest words he knows. 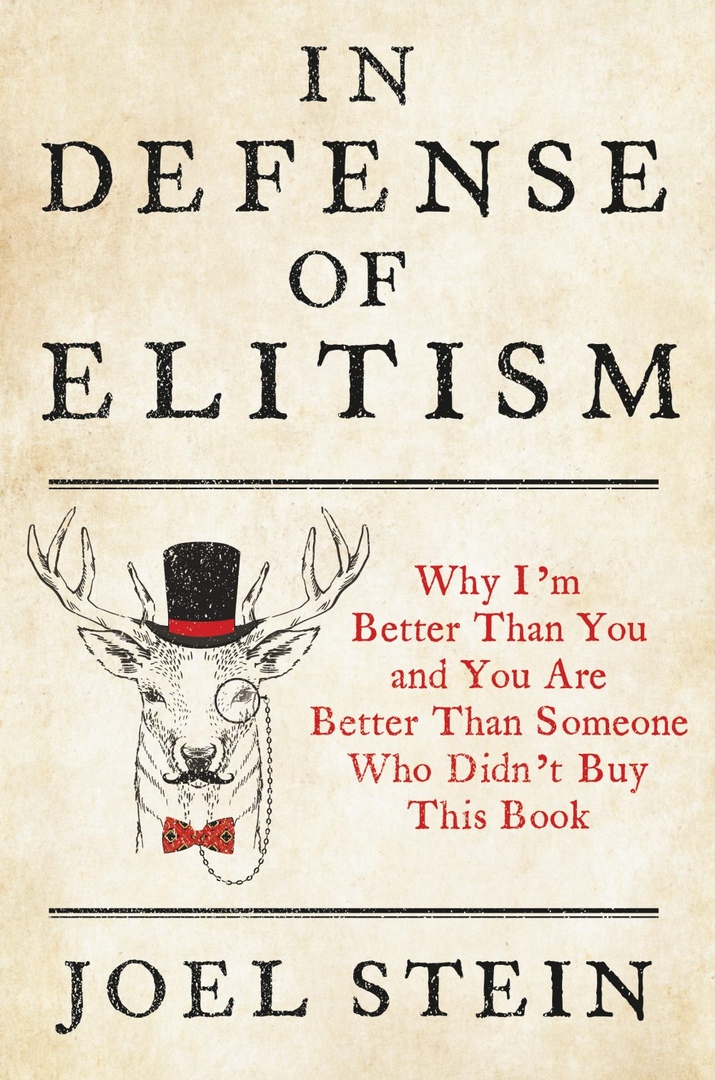 In Defense of Elitism.epub
1.07 MB
Please Share This
Related Posts
Many magazines
on the
→ MAGAZINELIB.COM
Book for today - 2019-2022