A gripping tale and groundbreaking investigation of a mysterious, and largely forgotten, eighteenth-century slave plot to destroy New York City.

Over a few weeks in 1741, ten fires blazed across Manhattan. With each new fire, panicked whites saw more evidence of a slave uprising. Tried and convicted before the colony’s Supreme Court, thirteen black men were burned at the stake and seventeen were hanged. Four whites, the alleged ringleaders of the plot, were also hanged, and seven more were pardoned on condition that they never set foot in New York again. More than one hundred black men and women were thrown into a dungeon beneath City Hall, where many were forced to confess and name names, sending still more men to the gallows and to the stake.

In a narrative rich with period detail and vivid description, Jill Lepore pieces together the events and the thinking that led white New Yorkers to make “bonfires of the Negroes.” She reconstructs the harsh past of a city that slavery built—and almost destroyed. She explores the social and political climate of the 1730s and ’40s and examines the nature and tenor of the interactions between slaves and their masters. She shows too that the 1741 conspiracy can be understood only alongside a more famous episode from the city’s past: the 1735 trial of the printer John Peter Zenger. And, weighing both new and old evidence, she makes clear how the threat of black rebellion made white political pluralism palatable.

Lucid, probing, captivatingly written, New York Burning is a revelatory study of the ways in which slavery both destabilized and created American politics. 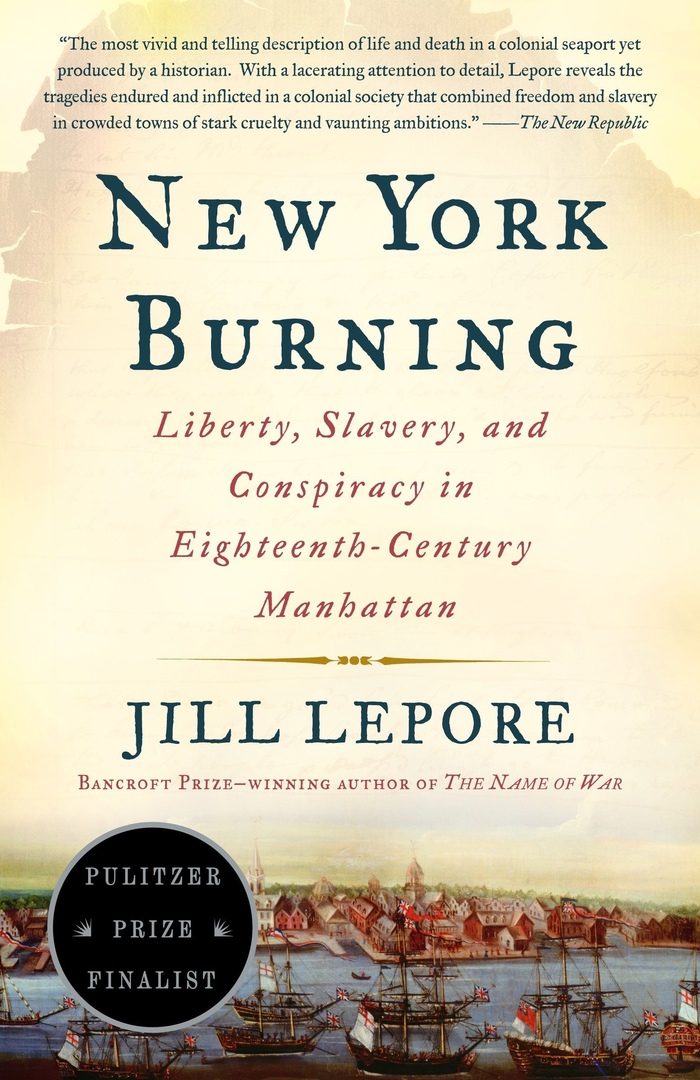