J.K. Sheindlin – The People vs Muhammad

Is Islam a “religion of peace”? Was Muhammad the true and final prophet of God? Is the Quran the fulfilment of the Bible, and legitimately continuing the traditions of the Judeo-Christian scriptures? Perhaps one of the most audacious, shocking, unthinkable and highly controversial ideas to ever be conceived, The People vs Muhammad places the founding father of Islam on trial for crimes against humanity, and to challenge his self-proclaimed authority.

With the growing threat of home-grown Muslim jihadist terrorist attacks and the ominous cataclysm of a global holy war, there’s no doubt Islam has become a burdensome issue which has our own western governments perplexed. This book series intends to investigate the true ideology of Islam, to ascertain with reason and logic the legitimacy of Muhammad’s claim and core teachings of his cult. Throughout this series, author J.K Sheindlin carefully analyses the Quran and the Islamic texts legalistically to expose the shocking truth pertaining to Muhammad’s advocation for: Pedophilia, honor killings, sex slavery, prostitution, racism, extortion, murder, psychological indoctrination, intellectual terrorism, censorship, grand larceny, racketeering, domestic violence, gender inequality, and much more! In this powerful series, the first installment Psychological analysis delves deep into Muhammad’s past and uncovers disturbing facts which undoubtedly prove to be the origins of his multiple psychopathological disorders. Using entirely the Islamic sources in reference to contemporary psychiatric-medical archives, J.K Sheindlin details Muhammad’s extensive catalogue of mental illnesses which include: Psychopathy, Gynophobia, Napoleon Complex, Schizophrenia, Narcissistic Personality Disorder, Messiah-God Complex, Obsessive Compulsive Disorder, Athazagorophobia, Oedipus Complex, Sex-addiction, Pedophilia, and Necrophilia.

Furthermore, the author also hypothesizes a convincing argument based on medical science, which debunks Muhammad’s first revelation. These external factors being: Volcanic gas inhalation, sensory deprivation, starvation, dehydration, brain damage and Syphilis. Written to provoke a rational response from both Muslim and western readers, the verdict is ultimately decided by the public to determine if Muhammad’s claim to prophethood is legitimate. 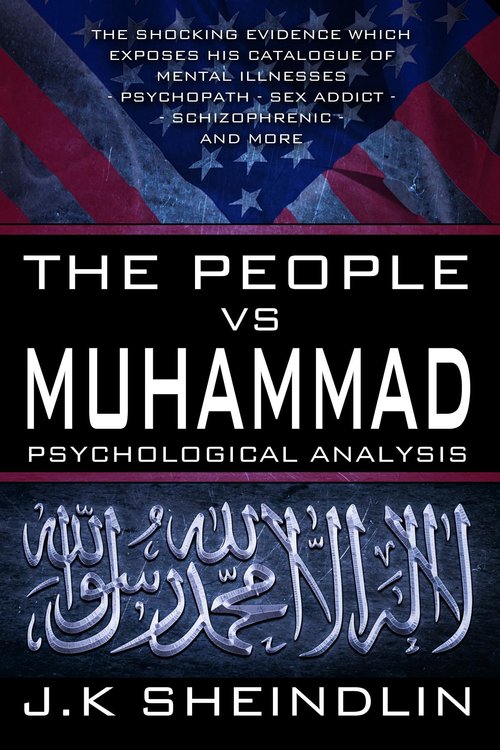 J.K Sheindlin - The People vs Muhammad.epub
392.62 KB
Please Share This
Related Posts
Many magazines
on the
→ MAGAZINELIB.COM
Book for today - 2019-2022